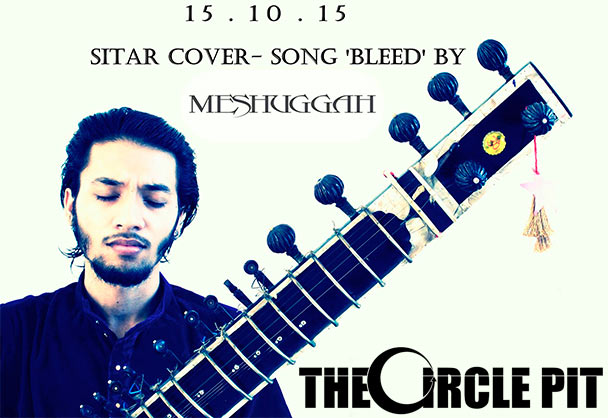 Rishabh Seen. That’s a name that all fans of metal music need to keep tabs on. Not only is the man unbelievably talented, he’s on the verge of creating something entirely new. He’s the true pioneer of using the sitar for metal music and it all comes across beautifully.

He was first recognized for his glorious covers for the Animals As Leaders tracks “Tempting Time” and “Wave of Babies” respectively. You can watch them both by CLICKING HERE or looking below.

In the wake of this, he got an enormous number of requests to cover a number of songs in a similar manner. Of these, the most popular was the rhythmical mountain that is Meshuggah’s “Bleed”. Taking in all that feedback, that’s exactly what he did. Better yet, this is the fastest Meshuggah “Bleed” cover on the entirety of the internet clocking in at 136 BPM. Needless to say, this is truly a one of a kind experience:

This will also be Rishabh’s final cover for awhile. His ambition truly lies in creating original and exciting music crossing over his unique style. That being the case, he’s announcing a brand new band called Mute The Saint. So that’s precisely what he’ll be working on moving forward. It’s something that needs to be heard.

And finally, here’s what Rishabh had to say in regards to all of this:

The most insane thing I have done till now- Meshuggah Sitar cover-video shoot was an intense and insane experience,totally! Playing the song ‘BLEED’ at 136 BPM (which would be the fastest version of this song anyone has ever done) and also playing and recording a LIVE solo right at the spot was just incredibly challenging.Shall get a nice massage for the right arm muscles and listen to Coldplay to rest my mind lol. Thank you so much Anuraag Partiik Singh for shooting it so well. Good vibes!