Today marks the release for the new Suicide Silence digital EP entitled “Sacred Words”, featuring an all new song, live tracks, an instrumental, and a remix. You can look over all the info on the official press release just below.

But other than the release itself, another move from Suicide Silence brings this release into the spotlight for today. That is a brand new live music video for the title track “Sacred Words”. It actually translates over very well to the live setting making this one worth checking out.

The EP is now available over on iTunes, Amazon, and Google Play.

The EP features the single “Sacred Words” as well as various unreleased tracks, including three live tracks taken from the band’s RockPart Festival performance on August 9, 2015 in Hungary,

“We are dropping a digital EP with some sick live tracks and much more,” commented guitarist Mark Heylum. “Get your fill of Suicide Silence with this release of Sacred Words dropping October 23! I said goddamn!” 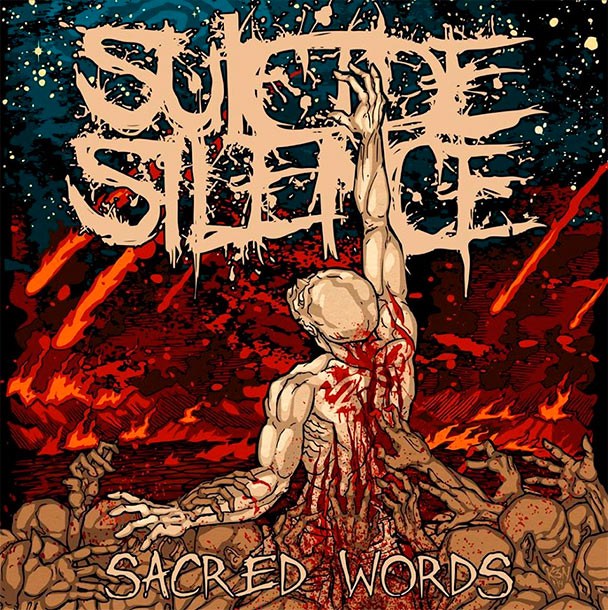