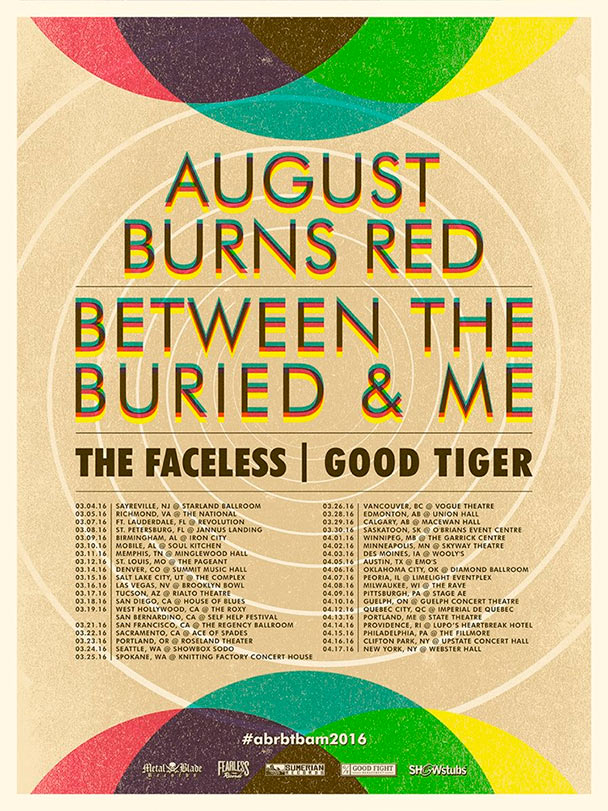 Now THIS is a god damn tour! North America is about to get hit hard this Spring… None other than August Burns Red and Between The Buried And Me will be teaming up on a co-headline run. But wait! There’s more! They’ll be joined by the powers of The Faceless and Good Tiger making for one smashing show. This is a beautifully eclectic and amazingly talented line-up that will need to be seen in person to believe.

You can look over the many dates crossing the United States and Canada via the flyer up above. We’ve also included music from all of the bands down yonder. Prepare yourselves… We’ll see you in the circle pit!