She’s baaaack. Last year, the metal side of the internet was alight with the news of a 67-year-old Grindcore grandmother.  This happened when the Canadian grinders known as Corrupt Leaders brought on one of their mothers to make dying animal noises for the band. This ended up getting serious viral attention, even allowing them to make TV appearances on The Maury Show and Right This Minute.

Now, she and her son have started up a whole new band. They’re known as The Grindmother. Seriously now… How perfect is that name? The first album called “Age of Destruction” just launched. It brings 10 tracks clocking in at approximately 12 minutes in typical grinding fashion. The entirety of this is available for streaming and purchase over on Bandcamp right now! You can also give a listen and check the official word from the band below:

Metal history is made today, as 67 year-old Canadian grindcore artist Grindmother releases her debut album, Age of Destruction. The ten-song release is available for full streaming via thegrindmother.com and of course is also available to purchase in CD and digital format. 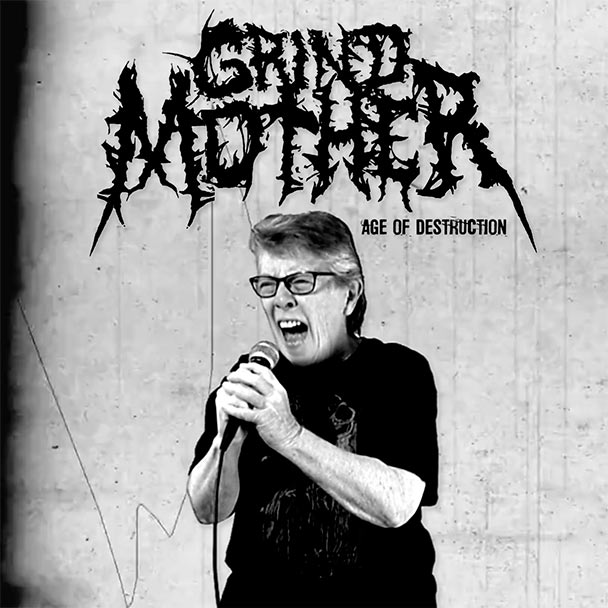