This weekends tragedy has, without a doubt, left a mark on our community. For those who haven’t heard the untimely news – Tom Searle, guitarist / songwriter for the band Architects, has passed away after a long battle with cancer. He was only 28. You can find more details and read over the account left by his twin brother and band mate Dan Searle by CLICKING HERE.

For everyone else, we would like to take some time and respect and celebrate all that Tom has accomplished. We’d also like to show what an awesome person he was. For starters, a letter recently surfaced in which Tom responded to a suicidal fan who had reached out to the band. This speaks volumes of Tom’s character: 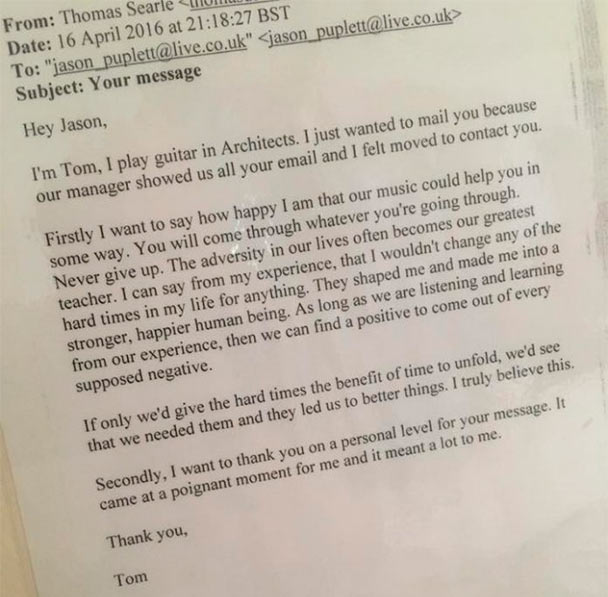 Beyond this, we collected a number of videos with a certain nostalgic and sometimes comedic energy to them. At a time like this, it’s important to appreciate the brilliance of Tom as a person, as well as a musician.