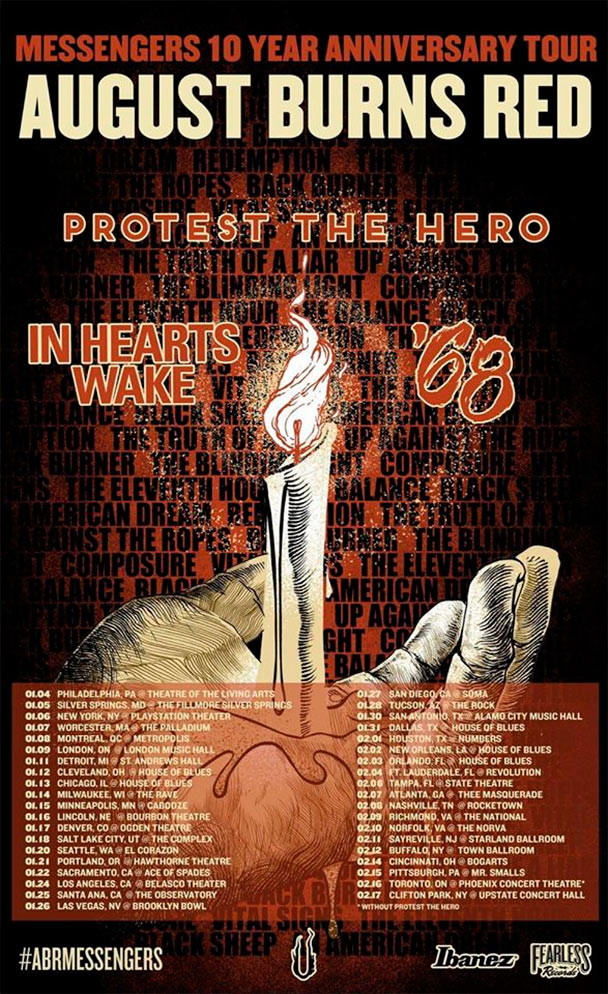 Can you believe it’s been 10 years since the release of August Burns Red “Messengers”? This album essentially revolutionized the genre, raising the bar for metalcore artists across the board – an ability that this Pennsylvanian juggernaut of a band has consistently exhibited.

To celebrate this momentous occasion, August Burns Red have plotted out a 10th anniversary tour to take place in early 2017! The dates can be found up above and a trailer for this can be found below. They’ll be joined in this endeavor by none other than Protest The Hero, In Hearts Wake, and ’68.

For those who haven’t had the chance to catch ABR live, it’s guaranteed to be a good time! You’ll want to see one of these shows!