Burial In The Sky “Galaxy of Ghosts” Playthrough Exclusive

November 4th. Mark that date down because there’s one hell of an album headed our way. Burial In The Sky is a solid Technical Death Metal unit hailing from the Pennsylvania coal region. Forged in the flames of self driven talent and an obvious passion for the music, they’ve crafted a monster LP in “Persistence of Thought”. This is currently available for pre-order over on Bandcamp!

Furthermore, the band is joined by none other than Samus Paulicelli (Decrepit Birth, ex-Abigail Wiliams) on this record! That means incredible drumming to match the incredible music! Keep up with the band and stay tuned for more details on the release.

In support of this upcoming album, we’ve teamed up with Burial In The Sky to release a wicked guitar playthrough for the new track “Galaxy of Ghosts”. This really needs to be seen so hit that “play” button and enjoy the guitar work!

The band came to life in 2013 when guitarists (and multi-instrumentalists) William Okronglis and James Tomedi decided to form an ambitious new project after already spending years playing music with each other prior to Burial In The Sky. Joining them on Persistence Of Thought is none other than world class drummer extraordinaire Samus Paulicelli (Decrepit Birth, ex-Abigail Wiliams) whose expert skills perfectly complements the stunning atmospheric technical death metal that James and William write.

Fans of Rivers Of Nihil and Fallujah would be wise to keep an eye on the band, although Burial In The Sky is far from being a derivative copy of either. Burial In The Sky’s album, Persistence Of Thought, is set for release on Friday, November 4th. The first single from the album will be released on Wednesday, September 28th. 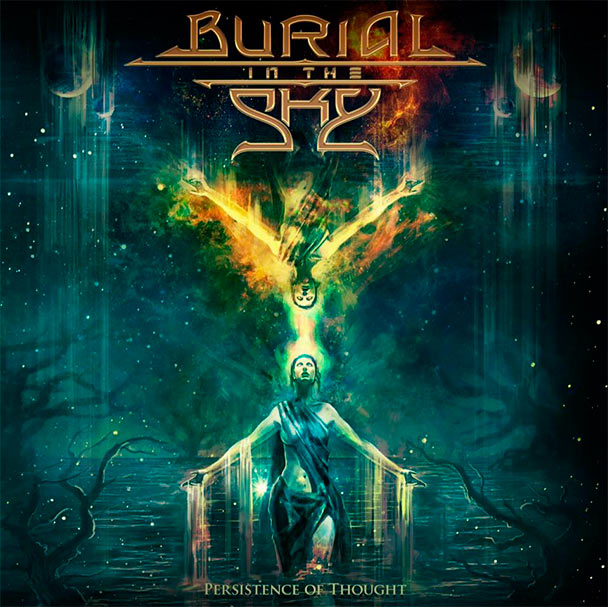