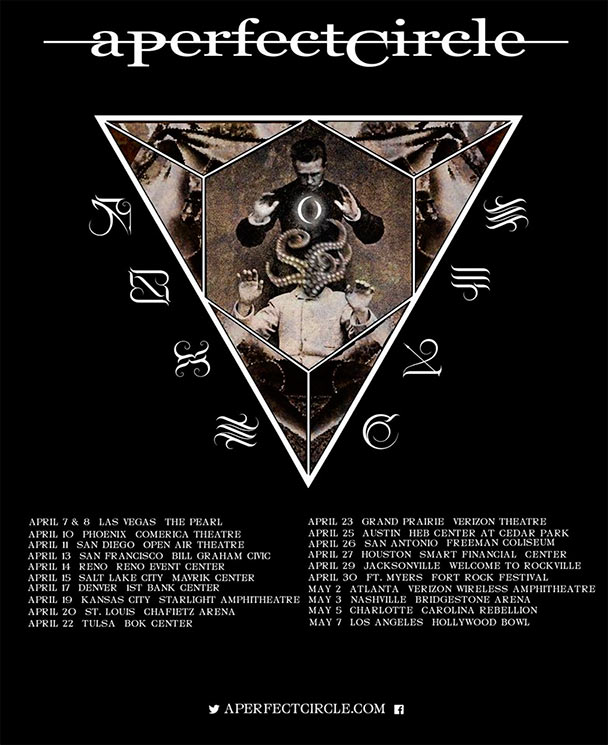 It was recently announced that A Perfect Circle would be making a comeback in 2017. Now, those plans appear to be coming into fruition as a few announcements have come into the light. First and foremost, they’ve announced their touring plans for 2017. Dates can be found on the flyer up above. Furthermore, they’ve announced that they’re working on a brand new album! This will be the band’s first release since 2004’s “eMOTIVe”

Here’s the official word in regards to all of the above:

A Perfect Circle will trek across North America this Spring in the outfit’s first tour since 2011, with the month long outing kicking off at The Pearl in Las Vegas (April 7 and 8).

The band previously announced a May 7 performance at the Hollywood Bowl as well as a trio of festival dates: Welcome to Rockville (April 29), Fort Rock (April 30) and Carolina Rebellion (May 5).

The tour news arrives as the band begins work on their first new album since 2004’s eMOTIVe. “Getting back to writing music with A Perfect Circle is a great way to start the new year,” APC co-founder and guitar player Billy Howerdel said.