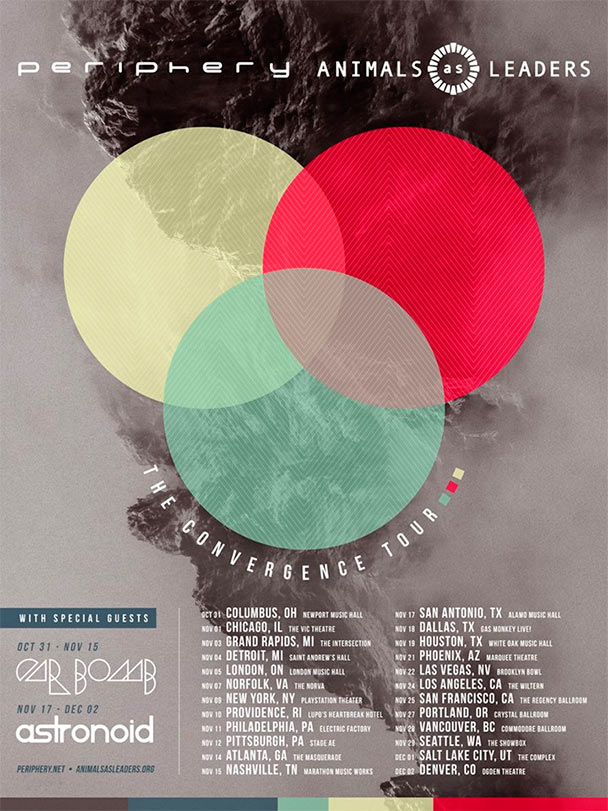 Periphery and Animals As Leaders have just announced a co-headline tour to be. It will be known as “The Convergence Tour” and will run from late October into early December across North America! In support, they’ll also have Car Bomb and Astronoid on select dates. These will prove to be great exhibitions of talent and musicianship across the board. You won’t want to miss out!

The dates can be found on the flyer up above and music from the headlining bands and the support acts can be found down below. Enjoy!