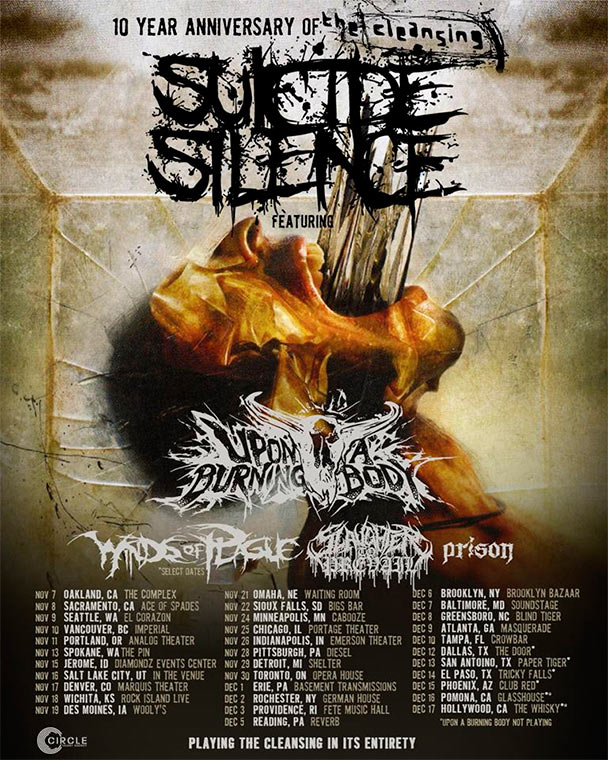 Suicide Silence have announced their 10 year anniversary tour for their album “The Cleansing”. This will be kicking off in November with direct support from Upon A Burning Body, Winds of Plague, Slaughter To Prevail, and Prison. You can find all the dates on the flyer up above and listen to music from all the bands down below.

We’re excited to announce that we’ll be commemorating THE CLEANSING’S 10 Year Anniversary this fall, alongside our friends in Upon A Burning Body, Winds of Plague, Slaughter To Prevail and Prison! Mitch wanted to set a standard for our scene with this record and in our eyes, he created much much more. Since his passing, Eddie has payed homage to Mitch’s vox on this record every night. It’s something very close to our hearts to have Eddie singing these songs with us. Mitch and Eddie inspired each other, exchanged vocal tips, and both have the passion for the most brutal sounds you can humanly make and it’s going to be an amazing show for us and for you. Emotions will be high, you don’t want to miss this. Come celebrate with us cuz this will only happen once!

Tickets go on sale this Friday at 10am PST.