Between The Buried And Me “Condemned To The Gallows” Single 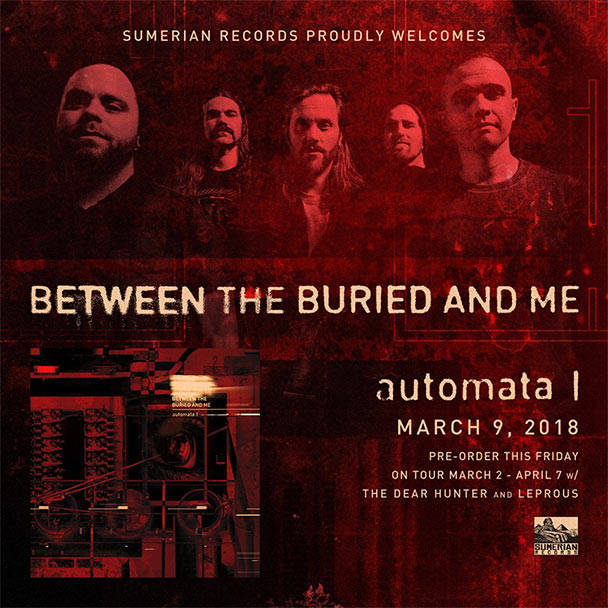 1/19/18 UPDATE – The band has released an all new single and music video by the name of “Condemned To The Gallows”! Pre-orders for the album are now available to those who CLICK HERE! You can give the new music a go right here:

Original Story – The time of Between The Buried And Me is upon us once again! It shall be prognificent! The band just announced a lot of stuff… This includes what will ultimately be a double album, a new label home at Sumerian Records, and a tour with no less than The Dear Hunter & Leprous!

The album will be known as “Automata” with part one being released on March 9th. Word has yet to arrive on when part two will be released but keep your eyes peeled for more. They’ve also released a teaser video for this:

We’re excited to announce our two-part album Automata! Part I will be released on March 9th via Sumerian Records and we’ll be touring this March with The Dear Hunter & Leprous. 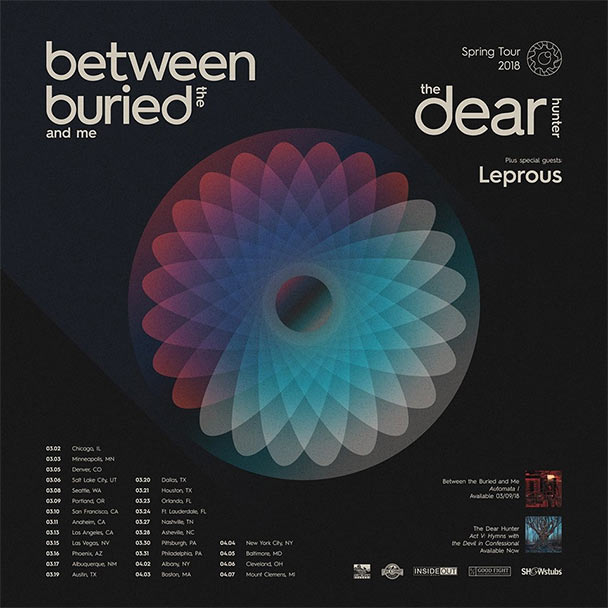