How To Interview With – Vow Of Volition

Vow Of Volition is a band you may know for a number of reasons. They’ve met with success through their comedy work on YouTube, creating parodies for many bands through their “How To Play Like – (Band Name Here)” series. They’ve notably lampooned bands like Rings of Saturn, After The Burial, CHON, Periphery, Thy Art Is Murder, Meshuggah, and many more through this medium – you can watch these videos by CLICKING HERE. We’ll also include a few including the latest for Archspire down below. They’re also a serious band writing some pretty awesome modern metal music. In fact, they’re preparing the release of an all new album “Djentriffication” for March 30th! Pre-orders are currently available to those who CLICK HERE.

We’ve been promoting their comedy content here on The Circle Pit for some time now. However, we recently took the opportunity to dig in deeper and learn more about the band and their interesting angle to making music and comedy simultaneously.

So, without further adieu, this is “How To Interview With – Vow Of Volition”:

Who the hell are you?

We’re Vow of Volition from Portland, OR. We are a trans-genre band started in 2015 and don’t identify with any cis-genre scenes. We’re known by some for trading our dignity and sanity for Youtube subs… but really we just absolutely love music, love playing it, love studying, it’s our passion in life and we appreciate every moment that we get to live in it. From day one we’ve just made the dream (DIY BABY!) instead of waiting for it, and by relentlessly working towards our goals we’ve found you can actually get there if you stop talking about it and start doing it!

Very true. It got you on this second rate music site today, didn’t it? Speaking of which, can you help me do my job? Hit us with a quick “How To Write Like – An Internet Metal Reviewer”?

Step 1. Spend 45 minutes gawking about how many strings are on an 8 string.

Step 2. Compare the band your reviewing to some incredibly old school band of total obscurity so everybody thinks you know what you’re talking about.

Step 4. Copy and paste the intro as an outro at half speed.

Don’t forget to disable your adblock and support our clickbait with intrusive pop up ads with the “x” unclickably off the screen!

Thank you. Thank you so much. I’ll ask Corey Taylor what he thinks and get back to you guys… No band name is safe from you. We’ve seen Within The Ruins turned into “Within The Urins”, Emmure turned into “Emanure”, and After The Burial turned into… “William The Shatner Lul”. What would you turn Vow of Volition into? …or The Circle Pit?

Cow of Violation is already one we’ve been pinned with. We actually have had several people pronounce the second part of our name as Violation, sometimes while getting announced to a crowd before a show. Really sets a certain expectation of our sound when people hear that only to be let down that we didn’t blast beast and tremlo for 30 minutes straight. For Circle Pit… Circle Jerk… Urkle Shit… Nergal Spit… Girdle Tits…. Turtles Lit! Now you try! Yeah our attempts at rhyming band names with things that sound kinda funny is meant purely to keep us from getting demonetized on YouTube, and it’s fun to make up the names as we listen to their music for hours on end to get their style down.

Nice! I’ll start looking for those domain names after this. So you’re a band first and foremost. How did you launch into comedy and how do you keep the balance between the two sides found in Vow of Volition?

We only did YouTube while we waited for our albums to get finished. It’s started more music heavy, but people kept saying they specifically enjoyed the commentary bits, so it kind of slowly evolved into its own entity. They came off as comedy only by accident as we had no formal training in the matter besides watching a shit load of Rick and Morty and Southpark combined with extreme sarcasm and wanting to make fun of metal elitist types. You’ll find Egoraptor and GameGrumps influences in there too along with other big YouTuber personalities. As for balance, well, it’s kind of like we practice at least 2-3 times a week as a band, and manage all the band stuff during the day, then weekends is when a lot of the video filming and editing happen. A constant grind, but, a labor of love, no doubt.

There’s a lot of great metal music comedy on YouTube right now. Is there anyone you’d like to collaborate with?

Well of course Jared Dines comes to mind I mean the dude’s channel is just massive (Peter is actually in one of his solo contest videos) but some other great youtubers we’d like to collab with Charles Caswell/Berried Alive, ToxicxEternity, Rob Scallon, 66Samus, and for sure KMac!

Rumor has it you have a new album “Djenttriffication” on the way. Can you tell us about it and how your approach to writing an album might be different from the average metal band?

Yep our next album Djentriffication will come out March 30th 2018. There will be both an instrumental version and a vocal version available online and physical copies as well. If anyone is interested in pre-ordering they can on our Bandcamp page (https://vowofvolition.bandcamp.com/album/djentriffication). The tracks are from the songs we wrote for the How to Write Like series, re-recorded and professionally mixed/mastered. Those who have seen our older videos know that mixing on some of those were pretty rough haha. But we’ve been super lucky to have a lot of engineers approach us and offer their help.

What tracks should people be looking forward to the most?

A few fan favorites like the ones we did for the Veil of Maya, Meshuggah and Within the Ruins videos will be on there. We’re really stoked about the newer version of the song for the Animals as Leaders one, too. They’re all in the styles of the artists mentioned but with our own flavor, an interpretation of their music, so to speak.

What live shows do you have coming up?


We are opening for Intervals and Jason Richardson on the Way Forward tour February 2nd at the Analog Theater in Portland OR. We are also opening the Feast Winter tour with Alterbeast, Aethere, Infiri and Grindmother on March 13th in Portland OR. We’re in the planning stages of our Summer tour and just started a GoFundMe for a tour van, so if you want to see us in your state maybe help out the cause! Last year we hit the westcoast and midwest and we’re trying to get to the east coast this time.

Have you gotten any good reactions out of the bands you parody?

On the first how to write like video for Rings of Saturn Miles Dimitri Baker commented that he thought the video was hilarious and awesome which of course just made us go insane that someone from the band actually saw it. Angel Vivaldi even started making Patreon donations after seeing our Jason Richardson video #tssawwha. That one still blows my face balls a little bit. We’ve also opened shows for bands like Within the Ruins and Traitors who said they got a few laughs from them but it was hard to tell if they kind of were like “fuck you guys” a little haha. All of these bands are huge influences and personal heroes to some of us, and although it might seem like we bash or make fun of them it’s really just from a parody, sarcastic “lets play the metal elitist critic douchbag” role but it’s all in good fun, and we deeply respect them all as musicians and people. I mean, if you can’t laugh at yourself a little, you’re probably taking things too seriously. We laugh at ourselves constantly…

I know you take requests but what bands do you, as actual god damn human beings, want to parody next?

Everyone talkin’ about the new TOOL album like it’s actually gonna happen. Our videos take forever and we struggle to keep up with one every two weeks, but damn they’ve had a decade. I bet we could write like their new stuff before they even release it haha. Black Dhalia Murder, Angel Vivaldi, Dance Gavin Dance and Born of Osiris are a few at the top of the list and will probably come out in the next year.

You’ve been kidnapped and the last band you listened to is coming to rescue you. How screwed are you?

Shit, I just started playing TOOL. They ain’t even gonna start looking for us until 2028.

Speak of the devil. What are your goals moving forward with Vow of Volition besides waiting on TOOL?

We’ve always just wanted to make our own music but the process takes so long we started doing dumb YouTube parodies while we waited for the album mixes to finish. It’s like the side project now became the main thing (funny how that happens). After this next album release, we’ll start recording our 3rd album that will be just How to Write Like – Vow of Volition (haha) original stuff and not anything really from the YouTube series. Our first EP “Anthelion” is a little taste of what that might be like, but we’ve come a long way since then and have some insanely awesome originals to unleash upon the earth. Studying all these different bands and different sounds and genres really has expanded our vision of what music is, and hopefully that come across in our songs, and we’ll continue to do so here forward. Touring is something we fell in love with last summer so we’re going to try to find an agency or tour manager to help with all that, and we wouldn’t mind finding a Label to help with distribution but we really don’t want to sign away any creative control or get into debt. We’re also getting into animation and more video content creation which you’ll see more of in the future. So, just creation man… on all fronts.

Thanks for your time. Do you have any last words for the people out there?
If you’re looking for something to fill a void in your life, pick up an instrument. Any dream can be reality if you work your ass off, and it’s all about he journey, not the destination. If you like our YouTube videos, check out our music on Spotify/Apple Music/all those things and visit our Instagram and Facebook pages for Live show updates and band news. To anyone who would like to work with us in any context, hit us up [email protected] And keep supporting stuff like The Circle Pit because they’re helping out artists like us in a major way by spreading the word about what we do in a music industry that’s increasingly difficult for independent artists to survive in. Thanks to everyone who supports us, pre-orders the album and watches our YouTube vids, we would not exist without you! 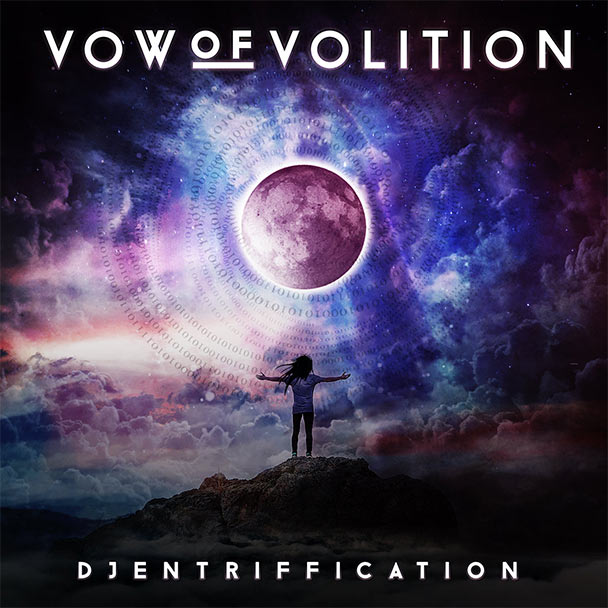