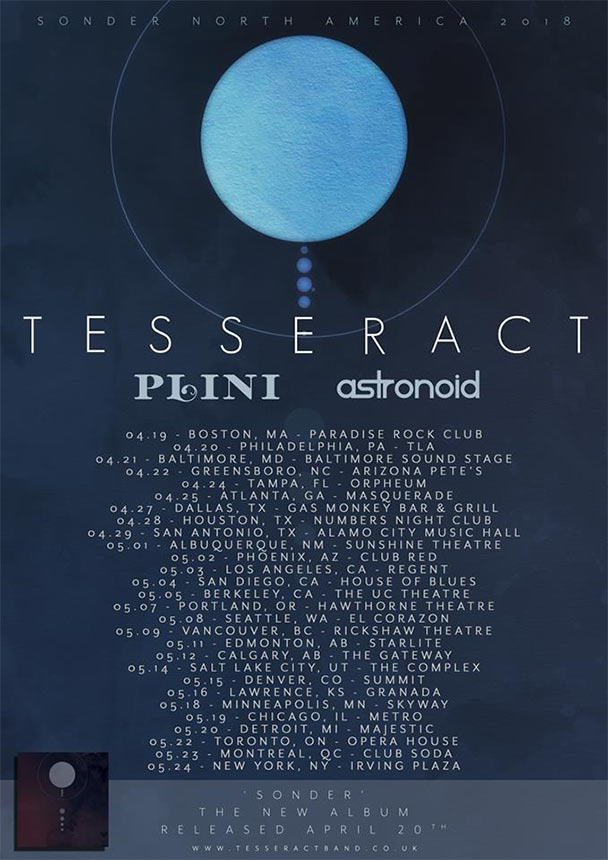 For those who are unaware, TesseracT have announced a new album by the name of “Sonder” and launched a new single titled “Luminary”! Pre-orders for “Sonder” are currently available to those who CLICK HERE. The album will be released on April 20th. You can find more information on all of that by CLICKING HERE and listen to the new single below.

In other TesseracT related news, the band also announced a North American tour with no less than Plini and Astronoid! You can check out all the dates provided on the flyer up above and listen to recent music from all three acts down below.

These will be some good times so come out to a show if you’re able! Let there be prog!