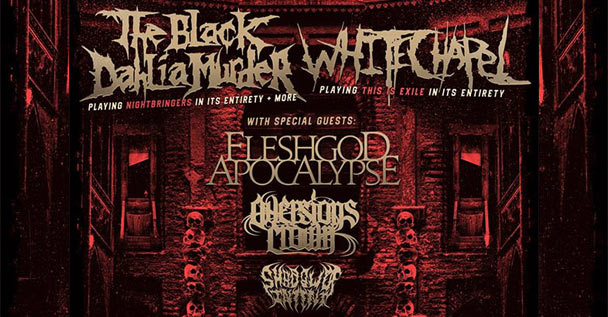 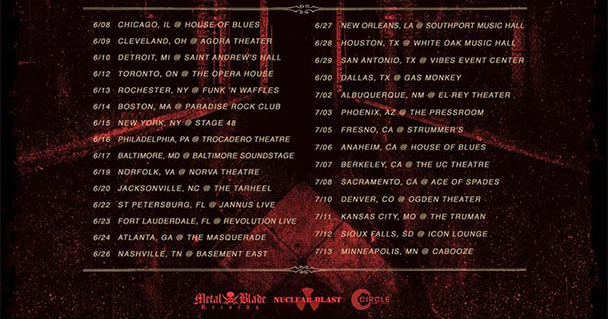 They’ll also be joined by quite a crew with Fleshgod Apocalypse, Aversions Crown, and Shadow Of Intent in support! If that doesn’t sound like a great show, I’m not sure what does! You can look over all the dates above and find music from all the bands below.