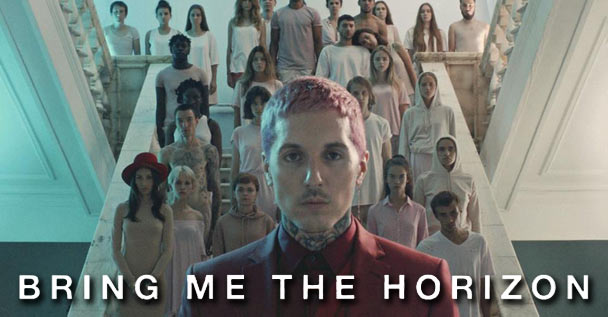 Lots of news just came from camp Bring Me The Horizon…

First of all, the band just released a new single by the name of “Mantra” which can be heard through the stream provided down below. Second, this is being done in support of the band’s new album “amo” to be released on January 11th through RCA/Sony. Third and finally, the band have announced a new tour to kick off early next year through North America.

The band had the following comment in regards to the new album:

“amo is a love album that explores every aspect of that most powerful emotion. It deals with the good the bad and the ugly, and as a result we’ve created an album that’s more experimental, more varied, weird, and wonderful than anything we’ve done before.”