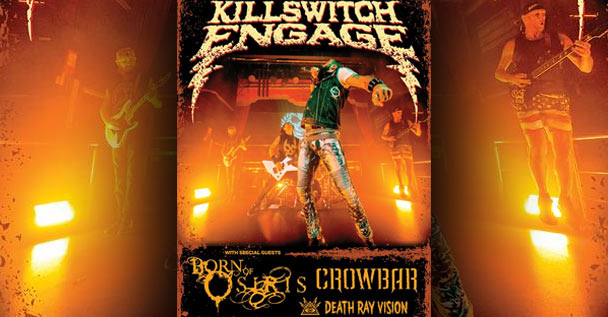 In response to frontman Jesse Leach’s vocal chord surgery, Killswitch Engage were forced to cancel a number of touring events earlier this year. Now, they’re making up for it…

KSE just announced a tour in conjunction with Born of Osiris, Crowbar, and Death Ray Vision. You can check all the dates on the flyer up above.

In other news, the band has been writing a new album to be released next year through Metal Blade Records. CLICK HERE to learn more and stay tuned for much more on that…