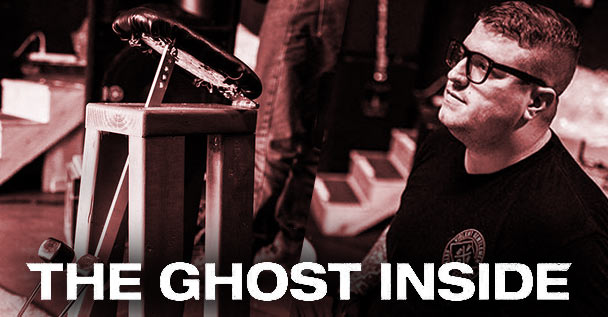 It’s hard to believe that it’s been over two years since the fatal bus / semi crash that incapacitated The Ghost Inside. The band has been hard at work piecing themselves back together physically ever since to continue doing what they love. All things considered, they’ve shown a wonderfully positive and inspiring attitude through it the entire process. We have nothing but respect for these guys. For much more information on their recovery process, you can CLICK HERE.

Despite suffering 50+ injuries from the crash including the loss of his right leg, nerve damage, a spinal fracture, and more, drummer Andrew Tkaczyk has begun a project by the name of One Decade.

Through this, he just released an all new single by the name of “Introspection which can be enjoyed right here:

See More: Andrew Tkaczyk, Djent, Instrumental, Melodic Hardcore, One Decade, The Ghost Inside
« I Killed The Prom Queen kicked off festival
Deicide “Seal The Tomb Below” with new single »