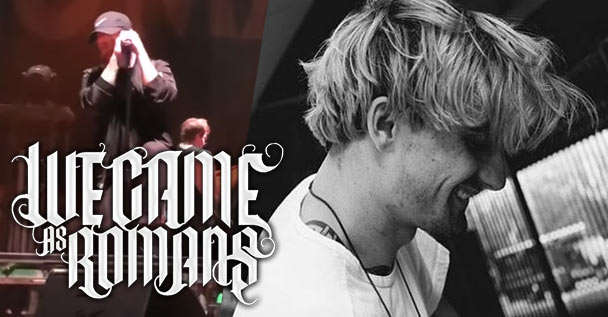 Following the untimely passing of vocalist Kyle Pavone, We Came As Romans have returned to the stage to honor their friend and former member. They’ve chosen to continue without a replacement.

The band’s other vocalist Kyle Pavone had the following to say during the set:

“This is something I wasn’t sure we’d ever get to do again. I think it’s what he would have wanted. I think it’s the best way to honor his legacy, to keep doing what he loved. Just want to tell you a few things about him. One of the things that I admired most about him was his ability to not regret his past, not worry about his future and live in the present and enjoy that moment because he believed things could change so quickly and those great things could be taken from you in a heartbeat.”

Here’s some footage from the event: