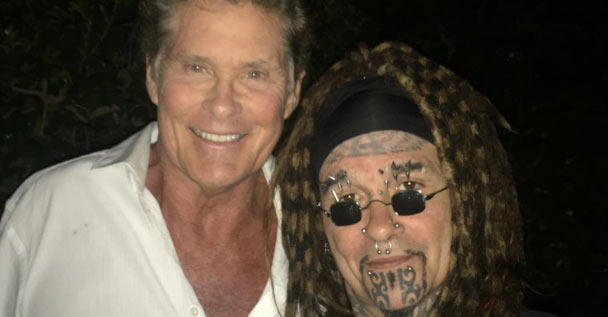 David Hasselhoff doesn’t need much introduction. Through a long acting career, he’s been seen by countless millions through a number of shows and movies from “Knight Rider” to “Baywatch” and well beyond. As such, he’s become a bit of a legend and also a meme in more recent history.

Now, while speaking with Deutsche Presse-Agentur, it was unveiled that he’s going to be writing “a couple of heavy metal songs” towards a new album that he’s been working on.

He expanded on this by saying, “Why not? I do not have an album title yet, but it should read: ‘Everything is allowed’. I do everything. Because I can. Because I want to.”

Along these lines, it was also made known that Ministry‘s Al Jourgensen has been working with David Hasselhoff on a specific remix to be featured with the record. More on that can be seen through the following post: