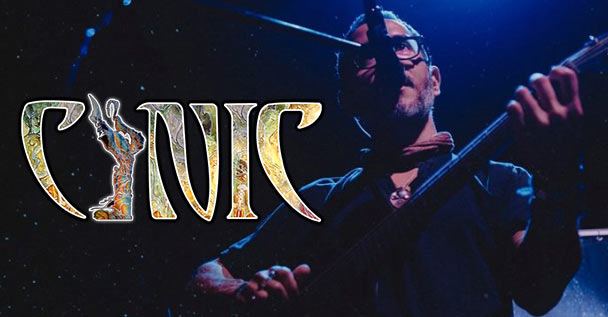 While speaking with The Metalsucks Podcast, Cynic frontman Paul Masvidal spoke on progress towards the band’s new album. Here’s some of what he had to say:

“Cynic has been an ongoing thing in the background. I know we haven’t had a lot of online presence, it’s been pretty low key and quiet. There’s a lot of reasons for that, which at some point maybe I will publicly explain, but at this point, [bassist Sean] Malone and I are communicating regularly and swapping files.

We have the workings of a new record that are there, and we’re working with [drummer] Matt Lynch out of Atlanta, and at some point in the next I don’t even know when, before the end of the year or early next year, we will have a record delivered and kind of be on that train promoting the new Cynic work. Again, Cynic has never been a band to rush things and can somewhat argue to a fault but we’ve never been interested in producing things in that way.

It’s more about just being organic about our process and letting things naturally develop, and coming back to it in an authentic and genuine way versus in an obligatory way. Too many of my friends from early have found themselves in a situation where they could have a career as working musicians and ended up in a cycle of work versus inspired work.

I’ve always been afraid of that, not wanting to get into that place where I’m feeling like I have to be in a cycle versus producing real art that holds up and will stand up over time. ‘I truly have something to say’ versus just pumping things out.

It’s easy for me at least to write songs because it’s something I do every day, or nearly every day, but writing and composing isn’t the hard part, it’s really finding the entire thing and ‘what are you trying to say? What is this? What does it mean?’ and not getting too carried away with all that, because that can slow you down as well.

It’s really a fine line between trying to produce art that has some meaning and substance and holds up. Those are kind of the governing principles of this Cynic project. It’s ruled by that versus the machine of business.”