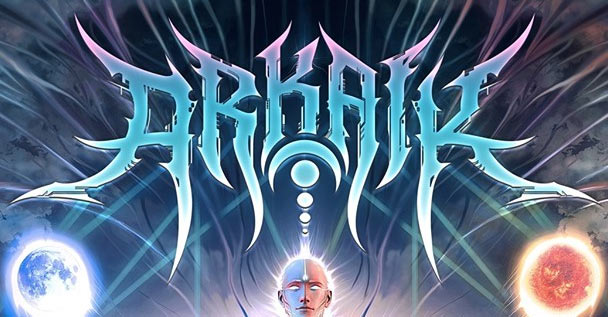 Great news from camp Arkaik! The band just signed with no less than The Artisan Era to continue the push of their sound.

As such, they’ve also released an all new single by the name of “Supernal Flame” which is an absolute steamroller for the ears! Give it a listen here:

The band’s own Jared Christianson had the following to say:

“It’s definitely a massive honor to be a part of The Artisan Era family. They have consistently been putting out forward-thinking, top-tier progressive metal and we feel like its the perfect fit for Arkaik. The enthusiasm from supporters of the label is also extremely humbling to be a part of. It’s really exciting for us because its also a new era in the band, so couldn’t be more stoked to be working with them now.

We’re still pretty deep into writing the next album, but we wanted to put out a new song with this announcement. We picked a song that we felt would be a good fit for a single and went to our trusted audio engineering wizard Zack Ohren in Oakland. He engineered and mixed the song and we got our friend Mendel bij de Leij (ex-Aborted) to master the track. They were a perfect combo to be working on this song and they nailed it.

Lyrically the song ties all our previous concept albums together into one song. It acts as an overview of the entire journey of Cyrix, through the last three albums, up until now, and points to where we are going next. We’ve never done a stand-alone single like this, so I felt like it would be a cool opportunity to tell the story as best I can in one song…”

In other news, the band will be on tour with Beyond Creation, Fallujah, and Equipoise starting next month! You can see the dates by CLICKING HERE.