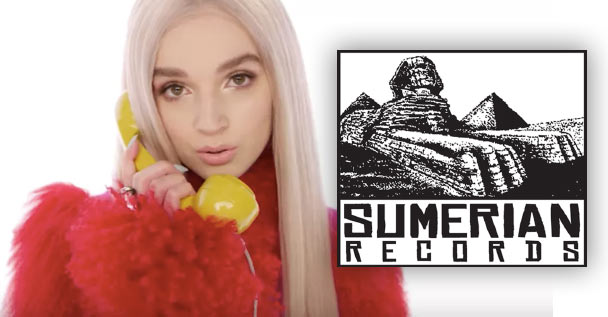 If you spend any considerable amount of time eating internet content, chances are rather good you’ve encountered Poppy in some form or fashion. She’s essentially an art / music project between singer Moriah Rose Pereira and director Titanic Sinclair. The results are… well… odd to say the least. They’ve been consistently releasing a string of somewhat disturbing yet funny clips for years now. This expanded into releasing music in the pop vein (seems appropriate given the name).

However, now they’re expanding to have metal twists in the sound and, as such, have signed a deal with no less than Sumerian Records. To celebrate this signing, an all new single / music video by the name of “Concrete” has been released. You can enjoy the oddity for yourself right here: