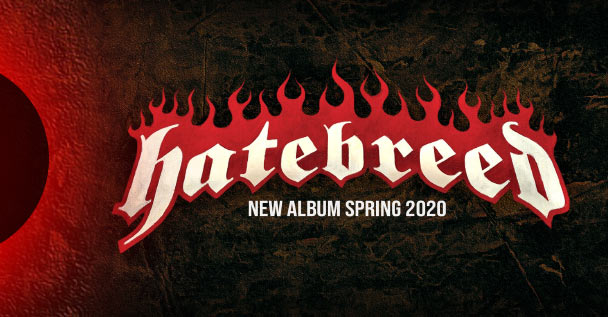 It’s official! Hatebreed will be releasing a new album in Spring of 2020. This was announced through the following graphic posted across Hatebreed’s social media.

Jamey Jasta, frontman of Hatebreed, previously stated that the band would spend the rest of 2019 writing their follow up to the 2016 record “The Concrete Confessional” so it’s nice to see that all come together.

Stay tuned for what comes next!