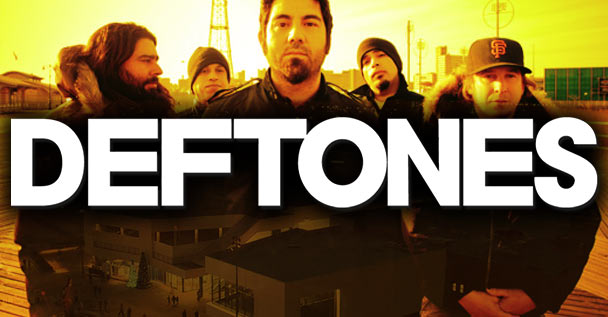 In regards to their recent Dia De Los Deftones festival in Southern California, Deftones frontman Chino Moreno was interviewed by NBC 7 San Diego. This conversation veered onto the topic of new music and it’s good news all around!

Chino had the following to say of this:

“We’ve been working on our record for about a year now. We’re not doing that thing where we go in and lock ourselves in a room until it’s done; we are kind of enjoying our time making it. It’s been a cool process, we get together, we work for a couple weeks, whether that’s just making noise and coming up with ideas and then everybody just goes home and comes back to work on ’em a little bit more. So, we’ve been doing that for a little over a year or so.

This summer, we actually went into the studio and recorded an album’s worth of music. So, the music was pretty much done and the last few months have sort of just been working on the lyrics and the melodies and the singing parts. So that’s pretty much where we’re at right now…

It’ll definitely be out next year. I’m hoping that it’ll be earlier on in the year, but I feel like once I give a definitive answer or speculate exactly when, I feel like we’ll be held to it, so I kind of want to continue on. Of course, it’ll be out next year, hopefully earlier than later. Our biggest thing is making sure that it’s good. We’ll be performing it, once it’s out, for the next two or three years, so we want to be sure it’s the best it can be and want to make everyone happy — including ourselves.”