For those who don’t know, last year Volumes became a one vocalist band when Michael Barr left the line-up. Since then, they’ve held auditions and have been rotating other vocalists in and out of their live shows but have yet to announce an official replacement. However, the time may soon be coming when Volumes bring on a new full-time member.

The rumor mill has been swirling and there’s some evidence to suggest that the new vocalist for Volumes will be…. drumroll…. Myke Terry (ex-Bury Your Dead). This would be an exciting fit, bringing the band to a whole new plateau in some ways.  The evidence for this comes from a certain Twitter conversation had with Chelsea Grin guitarist Jake Harmond who’s known to be tight with Volumes. Other minor sources have also been pointing in this direction. What happens ultimately is still largely the stuff of mystery but this is certainly something to go on. You can take a look at the screenshot, provided by the good people over at Lambgoat, right here: 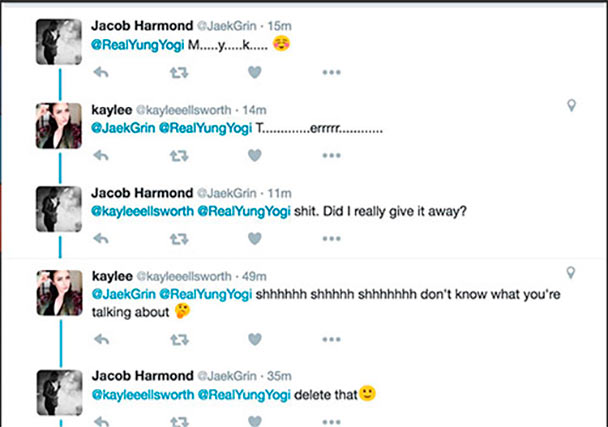 Just for reference, you can find a music video of the man Myke Terry performing with his former band Bury Your Dead below. I can also say from personal experience that the dude is an absolute beast while performing live. He’s beyond a worthy fit for the Volumes line up.

See More: Djent, Volumes
« Free Music Monday – Recode The Subliminal “The Cost of Every Man” Album
These Are The Most Ridiculous Band Names Ever (Part 10) »