Here’s an exciting and extremely heavy new metal project gearing up to take the underground by storm! Going by the name of The Animus Project, this is a 100% independent two man band making a huge sound. It consists of the wickedly talented Robert Bullock Jr (head of Studio Warrior) who handles all the songwriting, instrumentation, and production along with vocalist Bernie Holm (also of the band Broodmonger) providing absolutely bestial vocal performances on top. Together, from their home of Tiffin, Ohio, they’ve already left quite an impression…

That impression was brought about through their debut single named “Curse Of Thorn”. It made for a devastating introduction over on the BeheadingTheTraitor YouTube channel in recent history. The track itself is a 3-minute bulldozer of the senses inspired by the movie Halloween: Curse of Micheal Myers. It’s the sixth installment in the original series that explains the evil behind the mask of the murderer. The band uses this as a metaphor for the evil behind mankind both on a micro and macro level.

To compliment this track, the band tapped in some beautiful horror themed artwork and the guest vocal chops of no less than Shadow Of Intent’s Ben Duerr! Just to up the ante even further, it comes complete with an awesome lyric video which can be viewed full force by pressing that “play” button, compliments of BeheadingTheTraitor, on the stream just below! The track is also available for streaming and purchase on Spotify, iTunes, Amazon, and just about all major online music outlets!

If you’d like to follow along with the band more closely and directly see what they’re cooking up next, they’re quite active on social networks. They even recently had a giveaway contest! You can see for yourself over on Twitter, Facebook, and Instagram.

Expect much more from The Animus Project as they’re currently planning more music and a solid release in the future. We also have an upcoming interview with these lads to dig in much further and see what makes the music tick!

In other news, the band has a great deal on a great looking t-shirt! You can scope it out by CLICKING HERE or clicking on the image of the merch pictured below! The merch is, likewise, available through Bandcamp.

With all of that being said, go forth to enjoy the music and show this band some love! Keep your ears to the Earth because there will be plenty more where this came from! 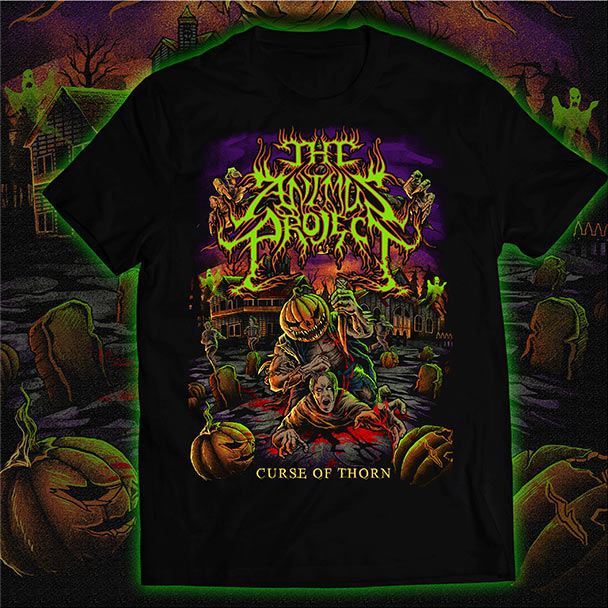