Sleep Token – Cult or a Band?

Sleep Token is a lovely musical mystery that arrived in our scene last year. Shrouded in secrecy, they make beautiful music that is hard to label but draws from the Alternative, Post-Metal, Progressive Metal variety among other things. The results are often stunning with a near perfect control of building tension.

Even now, they’re planning the release of an all new record on July 21st. Going by the name of “Two” (as an appropriate follow up to last year’s “One”), it will be out on Basick Records with pre-orders available to those who CLICK HERE. They’ve released a few singles in support of this. You can enjoy them down below.

Despite the unique music, a large part of this group’s enigma is the fact that they pose as a cult based around the deity of “Sleep” as opposed to a band. You can read the descriptions given by the band on social media right here:

Sleep Token is the musical end of a sprawling global cult that worships the deity of ‘Sleep’, an ancient being that is given power by those who believe.

Sleep Token are a masked, anonymous collective of musicians; united by their worship of an ancient deity crudely dubbed “Sleep”, since no modern tongue can properly express it’s name.

This being once held great power, bestowing ancient civilisations with the gift of dreams, and the curse of nightmares.

Even today, though faded from prominence, ‘Sleep’ yet lurks in the subconscious minds of man, woman, and child alike. Fragments of beauty, horror, anguish, pain, happiness, joy, anger, disgust, and fear coalesce to create expansive, emotionally textured music that simultaneously embodies the darkest, and the brightest abstract thoughts. He has seen them. He has felt them. He is everywhere.

Sleep Token, led by the perpetually tormented Vessel, creates music that brings to the fore our most submerged thoughts and feelings, coaxing them from the desolate, terrifying caves of our subconscious mind. 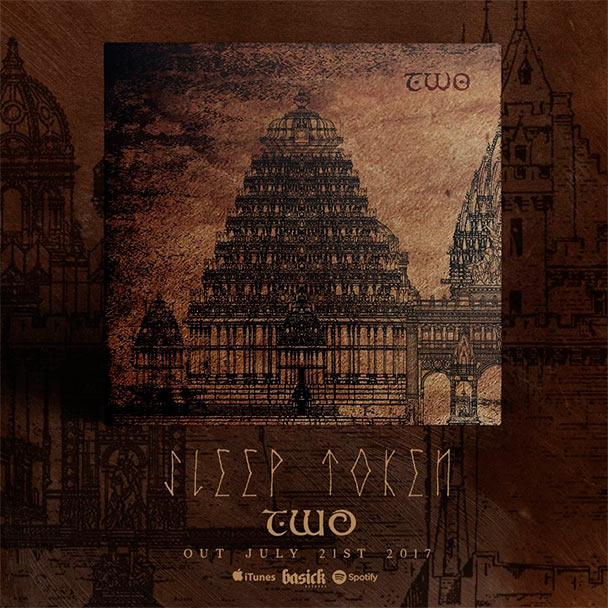