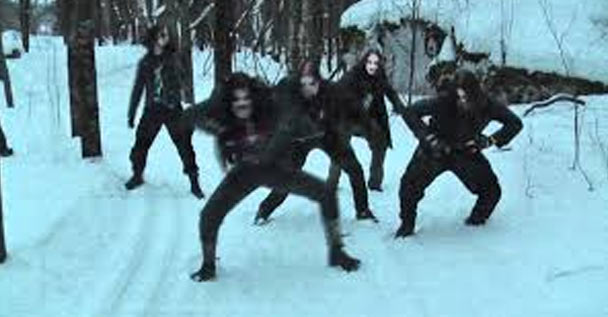 Chances are many of you have come across the hilarious Black Metal parody band known as The Black Satans. For those who haven’t and have seen, I’d like to introduce and re-introduce you and maybe brighten (darken?) your day a bit.

They posted what can only be described as comedy gold on YouTube around 2009-2010. But don’t take my word for it, watch the videos below and appreciate those descriptions!

For more videos from this troupe (no more of The Black Satans, unfortunately), you can head over to their YouTube by CLICKING HERE.

“This song is from The Black Satans’ 1994 debut album called Dyster Svart Mørke.”