New Jersey’s death metal / deathcore band, Fit For An Autopsy, is prepared to brutally bombard the metal scene with the release of their sophomore album, “Hellbound,” which will be available on September 10th via eOne and Good Fight Entertainment.

Fit For An Autopsy’s Facebook bio reports, “On Hellbound, Fit For An Autopsy expand upon their commanding approach to an often maligned subgenre by synthesizing the rhythmic experimentalism of Gojira, the aggressive post-Noisecore of Converge, the esoteric and meditative tribalism of Isis, a virulent dose of the New Wave Of Swedish Death Metal (At The Gates, Dark Tranquility, early In Flames), the legendary progenitors of Floridian death metal (Death, Morbid Angel, Cannibal Corpse, Obituary) and the “deathcore” acts who offer actual proficiency in the genre (Suicide Silence, All Shall Perish, Whitechapel).”

Visit here or here to swipe up a pre-order of your copy of Fit For An Autopsy’s new album “Hellbound” and be on the lookout for them on the “No Way Out Tour” with The Acacia Strain, Within the Ruins, Xibalba, and American Me. 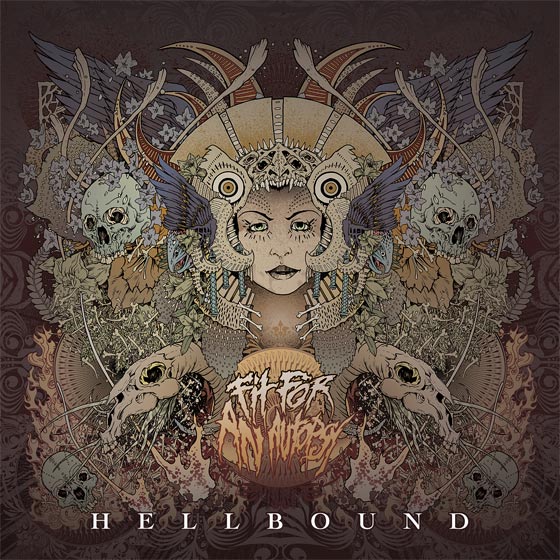