You heard right. There’s a new Nile side-project primed to go. Vocalist / guitarist Dallas Toler-Wade is the man behind the drug-themed Death Metal band Narcotic Wasteland. Their independent, self-titled album is due out this Wednesday, January 15th. Physical copies will be available at  www.narcoticwasteland.com while digital copies will be sold through iTunes, Amazon, etc.

In support of this release, the band has unveiled their first single through a lyric video. Listen to “The Shackles of Sobriety” down below.

Dallas Toler-Wade had this to say…

“The song topics vary a bit, but the whole of the album is about hard drug abuse. Anything from prescription drugs, hard street drugs, to alcohol abuse and how they are affecting us as a society. I got the name for the band after completing the first song I wrote for the project, which is called “Widespread Narcotic Wasteland.” The song talks about some of what I have observed and some of the things that have happened to me just living my life in a normal neighborhood while watching it crumble around me because of the ever growing criminal activity in the area. This gave me a lot of new ideas for more songs, so I just kept my head down and worked on this record whenever I had the time.

As far as the music, it was just happening naturally like it always does. No pressure to go at maximum beats per minute, although some of the songs are fast. I just wanted to write some heavy tunes about some of what I have experienced and observed. Overall it’s just a big snort of reality.” 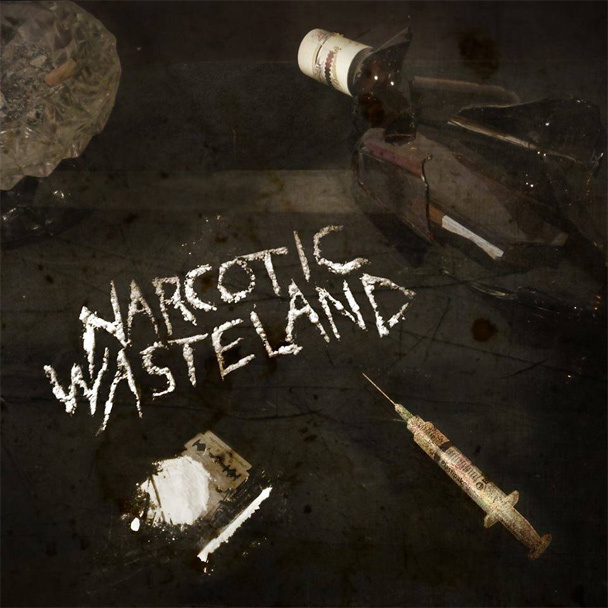