IF FAMOUS (OR NOT) LITERATURE WAS CONVERTED INTO METAL ALBUMS PT.1 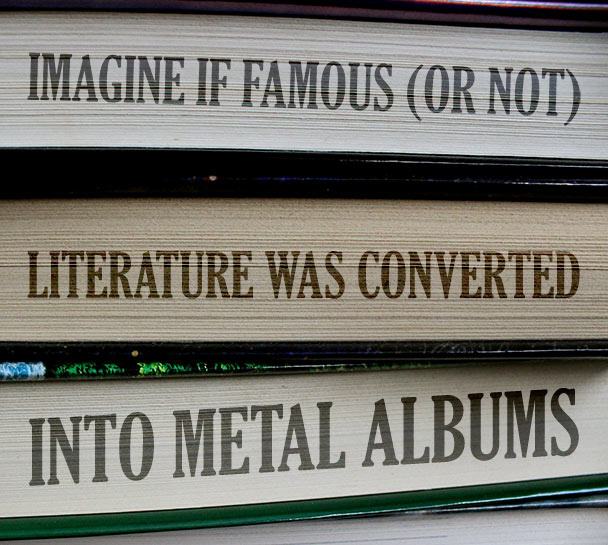 The following pairings were made through similarities in musical and lyrical moods, themes, or other associations. I will include short summaries of the literary works included and also why I associated the chosen albums with them. Runner-ups will also be included. 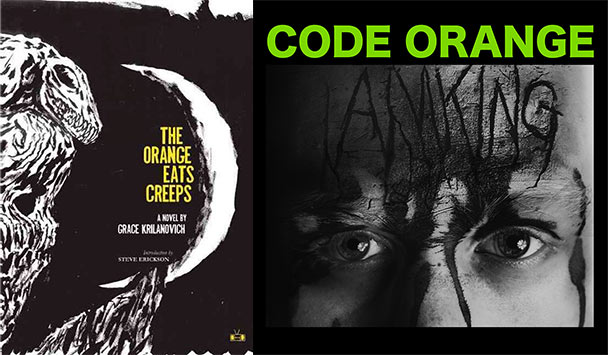 Now you can probably look at this and say ‘Gee I wonder how he made this association. I bet it had something to do with oranges or dark colors or generally fucked up covers’. To tell the truth though, I didn’t notice the “oranges” until after I chose the album to best represent Krilanovich’s nightmare. The Orange Eats Creeps is a novel based in the 90’s era Pacific Northwest and follows a teenage girl who runs away from her unsatisfying home life and finds herself tagging along with a group of “hobo vampire junkies” and infinitely trapped in the vortex of robotussin trips and drug-induced nightmares. From its opening chord on “I Am King” that flashes on and off over and over like a siren made of lawnmowers grinding on each other, I Am King hangs a giant sign over our head that says “You shouldn’t be here”. And pretty soon we figure out why; by the time we reach “Dreams of Inertia”, we’ve been subjected to traumatizing bells and whistles (literally bells though) that ring over and over in our ears like children’s bicycles learning to speak. As if this terrifying environment couldn’t become more complete, “Dreams of Inertia” does just that. This track’s less aggressive approach than the previous record means nothing; it is literally a Barbie doll with a serrated knife. We are immediately subjected to darkly murmured lyrics that every horror movie in existence has warned us against before the tempo picks up and the chorus comes in, keeping us up at night with Reba Meyer’s zombie voice passing the message “Lay your head down/ Stay at rest/ Never let me down again” in the most beautifully terrifying way (the same way that sometimes it’s nice to be alone somewhere at night until you hear your name). This album is a nightmare incarnate. If you want to feel like you’re lost in the woods with a bunch of vampire kids, or you have some crazy dream that you’re the last surviving member of The Donner Party and you’re trying to find your long lost sister on an unlit highway “that eats people”, then listen to this album. If you’ve ever wanted to listen to an album that, alone, could make you yell “NOPE” and roll over only to find that there’s another body hiding under the blankets with you all of a sudden, then listen to this album in the dark. What do you think? Is there any literature you’ve associated with a metal album? Let me know!