THE GHOST INSIDE / THE ACACIA STRAIN / GIDEON TOUR 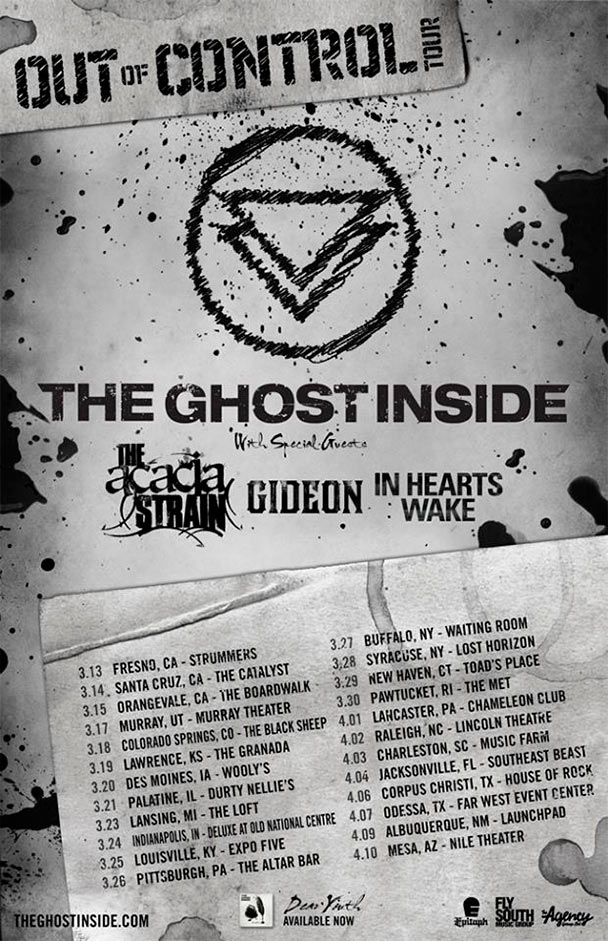 The Ghost Inside have just announced a nationwide, spring headlining tour! The "Out of Control Tour" will feature direct support from no less than The Acacia Strain, Gideon, and In Hearts Wake. Should be a good time for all.

Seemingly in support of this move, The Ghost Inside also just released a brand new music video for the track, "Out Of Control". It's streaming just below. You can find that song and many more on their latest album, "Dear Youth". That entire album is streaming HERE.

You can find all the dates on the flyer above and music music from all the bands below. We'll see you in the pit!