Ukraine's oldest protagonists of old school doom unleash their hellish and horror inspired second album, entitled "Time of Terror". Fans of Hooded Menace, Eye of Solitude and Uncoffined will be salivating at the prospect of this unholy feast of doomed death metal fury!

In the year 1993 a new force in doomed up Death/Black Metal was spawned in the darkened recesses of Ukraine. APOSTATE was born out of a desire to create something that spoke of a sorrowful, lonesome existence and to bring an all-encompassing bleakness to an unsuspecting world. Originally started out as BLACK MOON FRANKNESS before taking the name APOSTATE and would go on to release their debut demo, “Consign to Oblivion” in 1995. The same line up would then unleash the “A Song of the Dead Lake” EP in 1997 before splitting up in 1998.

However just over a decade later in 2009 and following a 2007 released compilation of old works entitled “From Consign to Oblivion to a Song of the Dead Like…” APOSTATE would be dragged kicking and screaming from the grave by Alexander Kostko (bass), the bands only ever present member. So came 2010 Kostko would see the release of APOSTATE’s debut full length album, “Trapped in a Sleep”. Now with their new line up firmly cemented APOSTATE, the oldest Ukrainian Doom Metal band, have spent their time playing across Europe and will soon unleash “Time of Terror”, their second album due for release early 2015. Be forewarned! 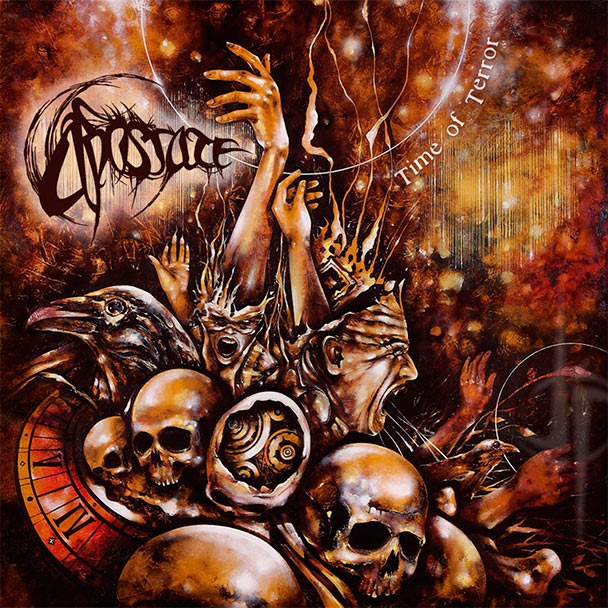