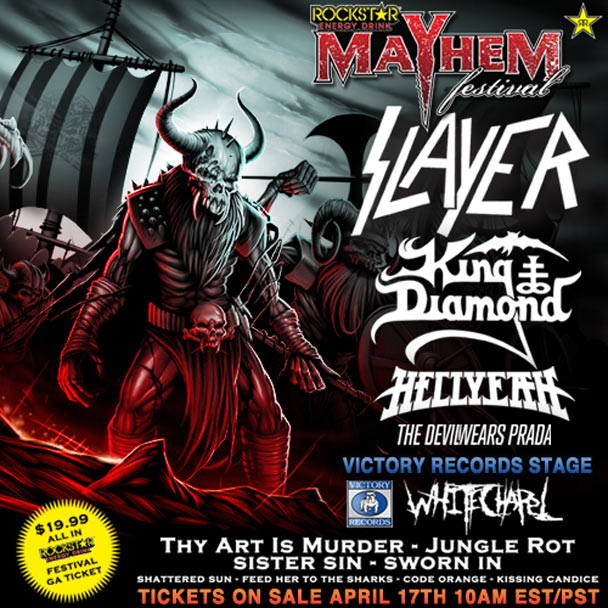 While speaking with Detroit Free Press about Mayhem Festival, co-founder Kevin Lyman (also known for Warped Tour) bluntly spoke on the state of the festival stating, “I mean, Mayhem, it’s at risk of going away at any given moment.”

He had many more choice words where that came from, saying the following:

“The bands at the top all demand a certain level of fee to be on tour. Unlike punk rock, metal never knows how to take a step back to move the whole scene forward. That’s how punk rock was. That’s how we nurtured punk rock. Bad Religion would take a little less than they could on their own to bring the whole scene forward, so we could make sure we had a good (touring) package around them. Metal doesn’t seem to have that concern, never has, never has since I was working in the clubs in the ’80s. It’s always about a me, me, me thing. What happened was metal chased girls away because what happened was metal aged. Metal got gray, bald and fat. And metal was about danger. When you went to a metal show, it was dudes onstage; there was some danger in it.”

When asked about the lineup, he also said the following:

“Yeah, we had to condense it. The expenses of putting on those shows had gotten high, so we had to push it all into the concourses. They [venues] don’t want to build a fence outside [for third and fourth stages] anymore. Those things cost money.

It was the best available for what we had to work with. We had pressure to keep the package at a certain price and make that work, and we had pressure on headliner expenses.”

Regardless, the tour rolls on! You can learn much more about it by CLICKING HERE.