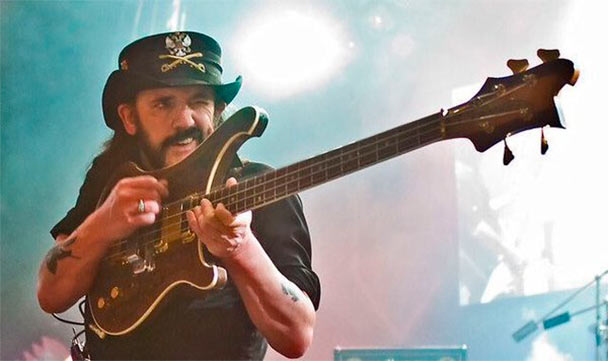 Lemmy needs no introduction. His legacy and influence on the world of music through Motörhead in undeniable. Furthermore, he’s a larger than life figure who’s touched the lives of countless people in our community and beyond.

As such, it brings me great pain to report to you that the man Lemmy Kilmister has passed away. He’s battled sickness left and right for a good portion of his life. The final diagnosis came with an aggressive form of cancer just two days back. This is what ultimately caused the legend to pass.

After 70 years of life well lived and a solid 40 in Motörhead, it seemed as if Lemmy would live forever. Motörhead launched 23 albums and sold 15 million in their time. And, as such, the legend will live on. Let’s remember him through his music.

UPDATE – Here is the official statement from the band in reaction to Lemmy’s passing:

“There is no easy way to say this…our mighty, noble friend Lemmy passed away today after a short battle with an extremely aggressive cancer. He had learnt of the disease on December 26th, and was at home, sitting in front of his favorite video game from The Rainbow which had recently made it’s way down the street, with his family.

We cannot begin to express our shock and sadness, there aren’t words.

We will say more in the coming days, but for now, please…play Motörhead loud, play Hawkwind loud, play Lemmy’s music LOUD.
Have a drink or few.

Celebrate the LIFE this lovely, wonderful man celebrated so vibrantly himself.

HE WOULD WANT EXACTLY THAT.

Born to lose, lived to win.”