For those who aren’t aware, there’s been a slight beef between the bands Bring Me The Horizon and Coldplay. This stemmed over the use of “The Flower of Life” on the latest Coldplay album “A Head Full Of Dreams” following the use of it on Bring Me The Horizon’s largest commercial success back in 2013, “Sempiternal”. It bears saying that “The Flower of Life” image is quite literally ancient and not directly owned by either party. But this didn’t stop BMTH frontman Oli Sykes from calling out Coldplay. You can take a look at the respective covers right here. 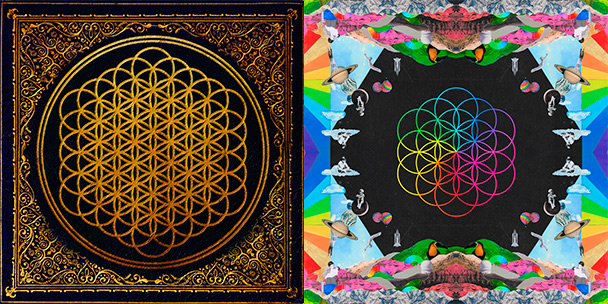 At the recent NME awards, this slight beef seemed to reach a high point as both bands were in the same room. While Bring Me The Horizon were performing, Coldplay were seated at a table with an abundance of drinks. So what did Oli Sykes do? Probably one of the most rock n’ roll things we’ve seen in awhile… He moved into the crowd, brushed past Coldplay singer Chris Martin, got onto Coldplay’s table and wrecked their entire set up mid-performance. You can watch the video evidence right here:

Surprisingly, no real bad blood came out of these actions. Chris Martin cited the moment as “very rock ‘n’ roll” despite his large quantities of lost booze. Bring Me The Horizon were determined to make an impression at the show and they did just that with the high energy performance and impromptu tatics . You can watch the full exhibition right here: