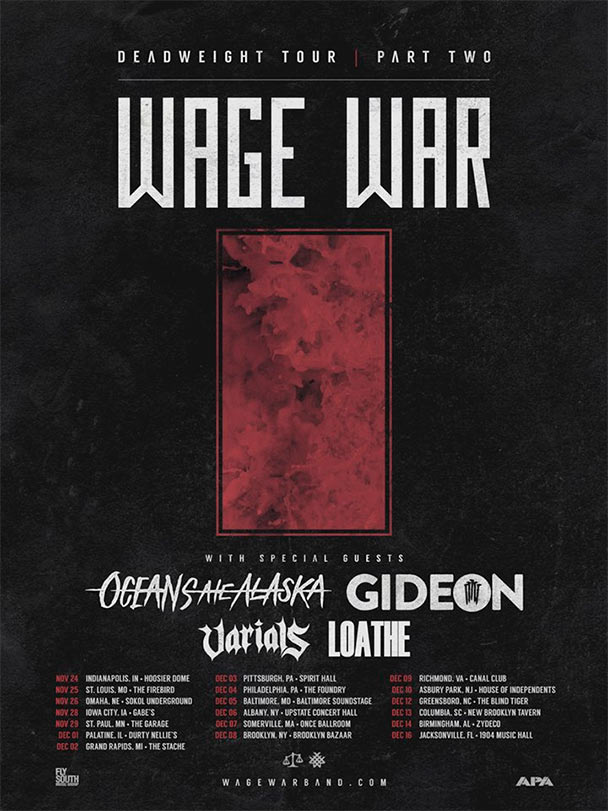 Wage War just announced another headlining tour in support of their latest album “Deadweight”. They’ll be joined by Oceans Ate Alaska, Gideon, Varials, and Loathe on this venture. Dates can be found on the flyer above and music from the bands can be found below.

The band said the following in conjunction with the announcement: