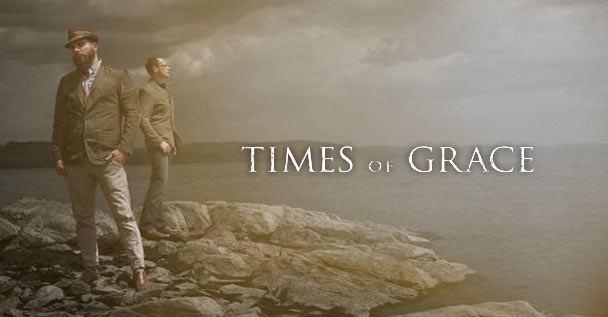 While speaking with “Mosh Talks With Beez” at knotfest.com https://knotfest.com/, Jesse Leach (of Killswitch Engage) had some updates on Times of Grace. It would appear that there’s a new full-length album AND an EP release on the way! Here’s the full interview – the relevant snippets can also be found below:

“The Times Of Grace record is done. We have enough songs for a full-length record and then enough songs for an EP afterwards, if we choose to… We’ve decided to separate the two batches of songs. It’s done and done, and I’m extremely proud of it, and I think it’s probably the best record that Adam [Dutkiewicz, Killswitch Engage/Times Of Grace guitarist] and I have ever done in our careers.

That, and Adam took the reins on… I wanna say half the record is him leading and half is me, and then we come together on songs. So you’re gonna hear a lot more of Adam’s creativity in his voice. And I wrote a couple of songs that he sang, and he brought a whole different light to it. So I’m extremely proud of that.

I wanna make sure we roll it out in a very sort of artistic way. I want nothing more than people to get the chills on their arm and the back of their neck when they get that first taste of what we’re going for.

So we’re working diligently behind the scenes. We’re gonna find a home on a record label. We’re gonna do it independently, but it must be to a certain standard. Hell, we’ve waited this long to put this thing out, so we’re gonna make sure when we roll it out, it’s exactly how we want it to be rolled out, with the artwork and the feel and the vibe.

I just want it to be something so different and hopefully refreshing to the music community, something that people don’t see coming. We’ll see what happens.”