Indiana’s most talented electronic/ambient/metal act Sirens are trying to raise some money with an Indiegogo online campaign like the one brought on by Protest The Hero in January. These guys will be on tour this summer with Sublimnal Groove Records’ Ovid’s Withering and they need money to purchase a van and make all the dates. These guys really deserve the best support and respect since they’ve always self-produced their music and have always released it FOR FREE! The incentives for contributing are awesome! For example, my favorite one is the “morse code breakdown” – for $150 you can get your name turned into morse code for the band to translate into a breakdown! Pure genius. Don’t miss the chance to get some really cool stuff and help these great musicians.

If you’re still not sure, check out their latest lyric video for the heavy new tune “Drone”. It’s easily one of their heaviest tracks to date with massive, crushing riffage and an amazing melodic segment to boot. Obviously the new track is available for free on their official website along with their debut album “Spore” which was released last year.

P.S. Don’t forget to support Beheading The Traitor too. He’s responsible for uploading the new “Drone” lyric video and is also booking the dates for Sirens / Ovid’s Withering tour! 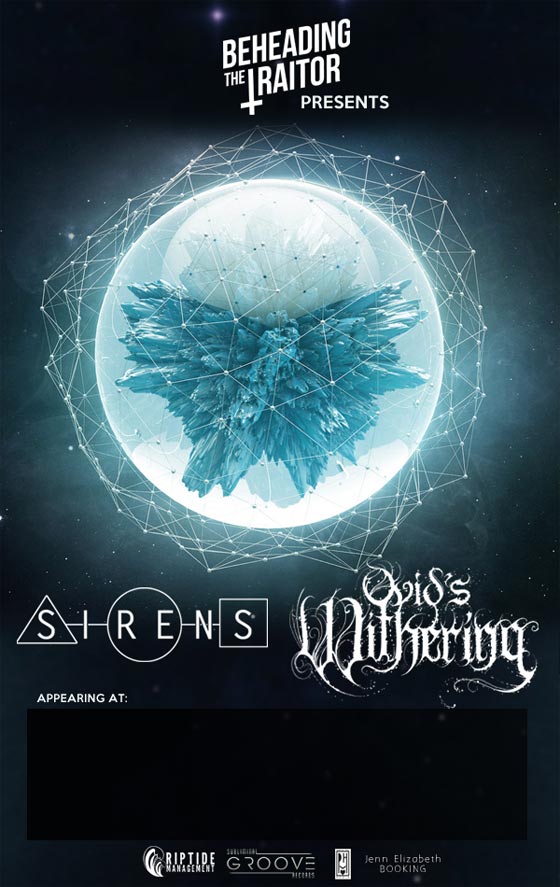