Amon Amarth premiered their stunning production video for the track “Father Of The Wolf” at the first date of the US tour-taking place in Las Vegas (Friday January 17). Fans who did not attend this show are now able to view this epic music video. Check it out!

Don’t forget to catch the Swedish heavy metal titans Amon Amarth live this January/February 2014 as the band headlines the US in support of their newly released album “Deceiver of The Gods”. Very special guest on the dates will be Enslaved with additional support from Skeletonwitch. 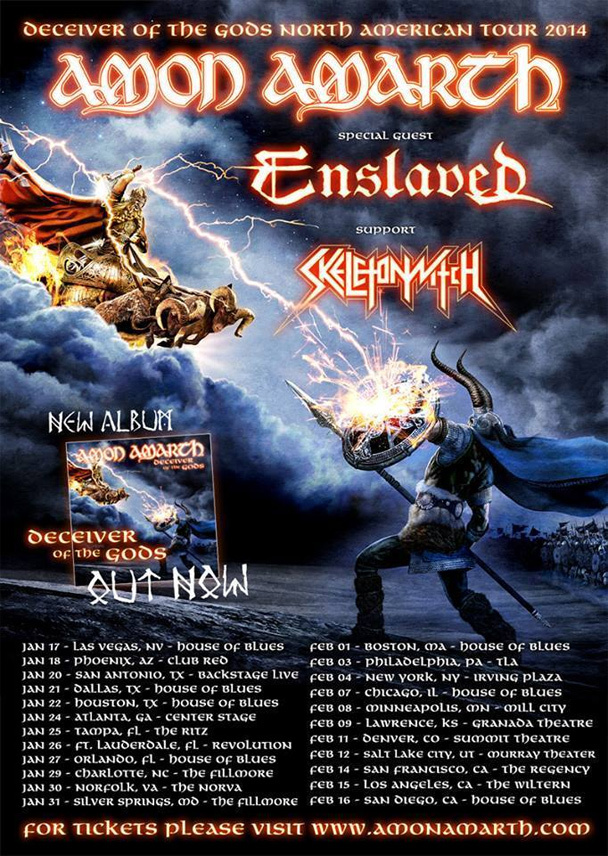