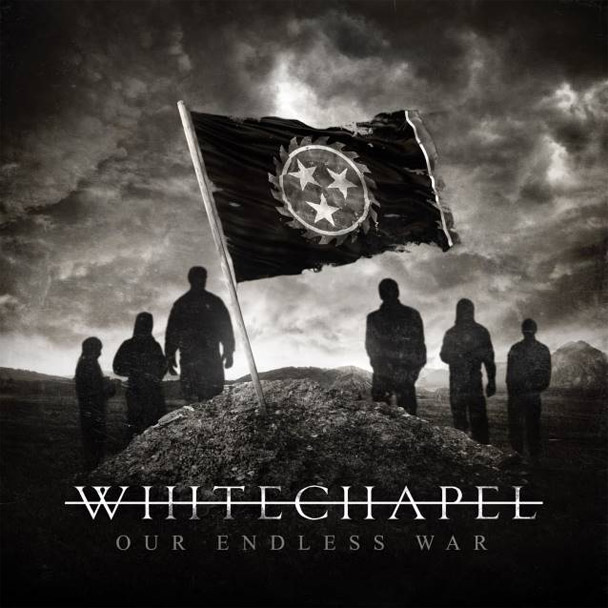 Returning with the fifth full-length of their decimating career, there is no stopping the juggernaut that is Whitechapel. “Our Endless War” is the culmination of everything the Knoxville, Tennessee sextet have worked toward since their inception. A ruthlessly honed album that refuses to compromise on brutality, it is also by far their most streamlined, atmospheric, and emotionally powerful release, pushing every aspect of their sound to the next level.

So far, just one of the bone crushing tracks from “Our Endless War” has been made available for public consumption, but now Whitechapel are ready to unleash the second single from their forthcoming release. AltPress.com the online home of Alternative Press Magazine is hosting an exclusive premiere of the song “Mono”. Here it is>

“We’re excited to release another new song from our upcoming fifth studio album “Our Endless War” titled “Mono”. This song is faster paced and more aggressive compared to the first single “The Saw is the Law”, which demonstrates the dynamic as a whole between the songs on the CD. No two songs sound alike and we’re stoked to get this CD into the hands of our fans on April 29th”, says guitarist Alex Wade.

“Our Endless War” will be released April 29th in North America via Metal Blade Records. Listen to the first offering from “Our Endless War” and pre-order the album, in exclusive bundle packages at http://www.metalblade.com/whitechapel.

When it came to tracking the album the band considered no one beyond Mark Lewis, who helmed Whitechapel. For the artwork, the band turned again to Aaron Marsh, who supplied Whitechapel with its stark, arresting imagery, but again they wanted to push things to the next level. With the sound maturing the band felt like the artwork needed to reflect that.  A new logo was introduced (the old logo is classic Whitechapel, and that’s not something the band plans on getting rid of) however as the band grows and changes they felt like they needed the logo to represent the maturity of Whitechapel.

Leading up to the release of “Our Endless War”, Whitechapel have confirmed a string of dates including an appearance at this year’s New England Metal & Hardcore Festival. These dates will being April 16th in Columbus, OH and run through April 27th in Birmingham, AL. These shows feature support from Carnifex, Within the Ruins and Cruelhand. More dates including a North American co-headlining North American tour are in the works and will be announced shortly.