To whom it may concern, Mayhem annovnced they will be releasing a new albvm this year. Furthermore, they’ve released a new song through Lambgoat.

Go give it a listen and check the official press release / album art below.

Legendary Norwegian black metal legends Mayhem have announced new details of their new album, ‘Esoteric Warfare’. Mayhem will see the release of ‘Esoteric Warfare’ on June 10th via Season of Mist. The album will be available as a CD, limited edition box set, and various Lp formats here. The ‘Esoteric Warfare’ cover and track list can be found below.

2014 sees Mayhem welcome the 30th anniversary of the single most notorious and important band in the history of black metal. With the band’s four revolutionary full-lengths, a legacy of boundless extremity, and an ethic rooted firmly in the principle of no compromise, Mayhem are the archetype that three generations of black metal bands follow as law. As they enter their 30th year, Mayhem reign as kings of the underground; ensuring that their shadow will be cast not just over the first 30 years of an entire genre to date, but for the next 30 years to come as well.

‘Esoteric Warfare’ showcases a band who follow their own path in extreme music, one that is equally violent and turbulent. 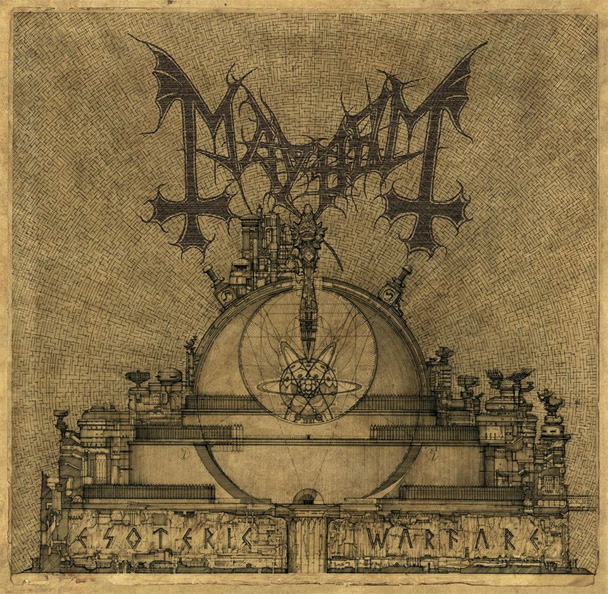