I know I’ve asked this question before.  A couple of weeks ago when I reviewed the new Archspire LP, but I’ve yet to receive a satisfactory response: Just what do they feed them in Canada?

I only reiterate my desire to know because yet another amazing Tech Death band has sprung fully formed; arms flailing and lungs screaming from the land of Michael J. Fox and maple syrup.  This time the Euterpian Insanity goes by the name of Killitorous.

But this time, it’s not only the music born on the border between madness and genius.  The 5 members of Killitorous may commute to the border for work, but catch a train home each evening.  A long train ride at that. Returning to their homes located deep in the heart of Madness.  Capital city: Delirium.  Population: These Guys!

They first slammed, blasted and Shredded their way into my life 6 months ago, with the release of their first single “It’s Not Stanley, it’s Stan Lee”.  The song so brutal, quick and shreddacious; that just listening to it will leave scorch marks on your brain.  Accompanied by a video of audacious lunacy.  It immediately grabbed my attention and held on tight to it, with a wide-eyed, tendon snapping manic strength.

Check it out here and see if you feel the same.

The video is as you might imagine, brutally, slitheringly despicable.  Their choice of such a decidedly off-putting subject, title and video treatment, is obviously parody.

However the music is absolutely no Joke.  It is muscular and terse; powerful and uncompromising and heavy as the proverbial Mutha-Fucka.

In fact Killitorous carve their own notch in the bedpost of metal; they Deathly Tech-Grind.

Featuring currant and ex members of Blind Witness, Vital Remains, The Kindred, Immersed and Blessed by a Broken Heart, they have a very exciting pedigree.

Produced at The Grid studios in Montreal by Christian Donaldson of Cryptopsy fame, Party/Grind is due to be released in June.  With a special edition of 666 copies available from the band themselves on tour this month.

But now this video has been released, I’m not too sure I want an answer to my question.  Keep making the incredible music; just don’t tell me about your diet. 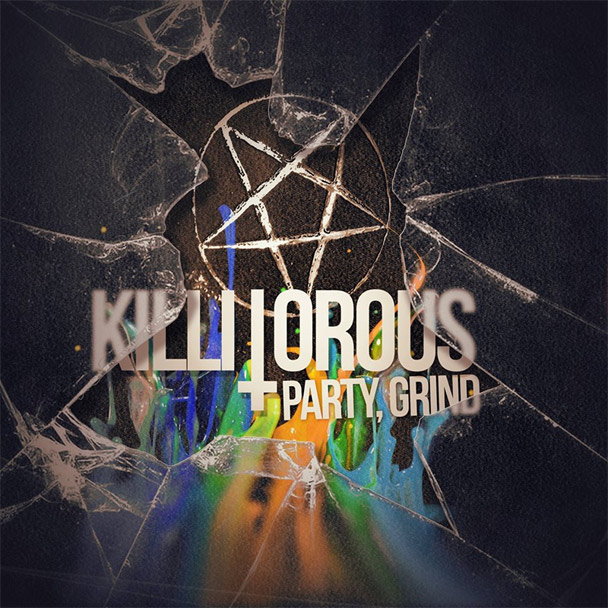