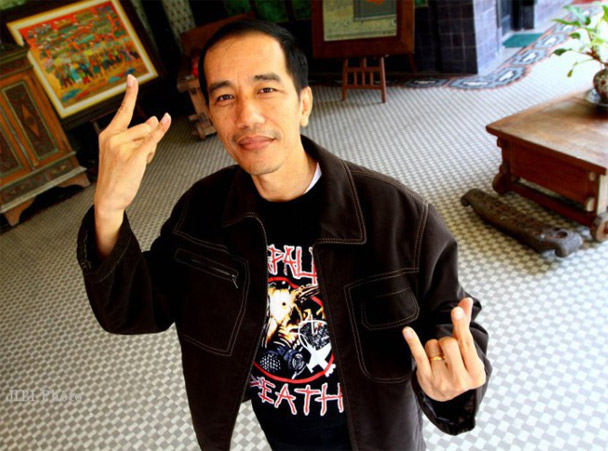 Have you ever sat back and thought, "The world needs more metalhead politicians"?

If you have, here's some incredible news for you! Indonesia has elected a metalhead president! Maybe not the country you would be expecting.

Previously the Governer of Jakarta, Joko Widodo (pictured above) has professed his love for bands such as Napalm Death, Metallica, and Led Zeppelin. This was stated up front before he even ran in an interview with Inquirer. He even recently met Metallica, of whom Robert Trujillo gave the politician a bass!

Just to make things better, Joko is considered a champion of the people and generally a good guy (A good guy politician!? What!?).

He won with just over 50% of the vote to defeat his rival Prabowo Subianto, who accused Joko of voting fraud. After this the votes were recounted, proving Joko as the true winner. According to some sources, however, there still may be a final ruling next month.