Here's a beauty of a Swedish metal band crossing their native Melodic Death Metal sound with a modern Progressive Metal approach. The results are great to behold. Give a listen and you'll likely understand.

November 10th 2014 marked the release of the follow-up to the Swedish metal band Despite's critically praised album "EPic", which was released earlier this year. The chaos trigger has officially been pulled. The infernal lyric video for the new single, quite literally titled "Chaos Trigger", is now available for streaming down below. "Chaos Trigger" is now available for purchase in the Despite online merch store right HERE. It was also made available worldwide on iTunes, Amazon, Spotify and all other significant online outlets late last month. Get it! 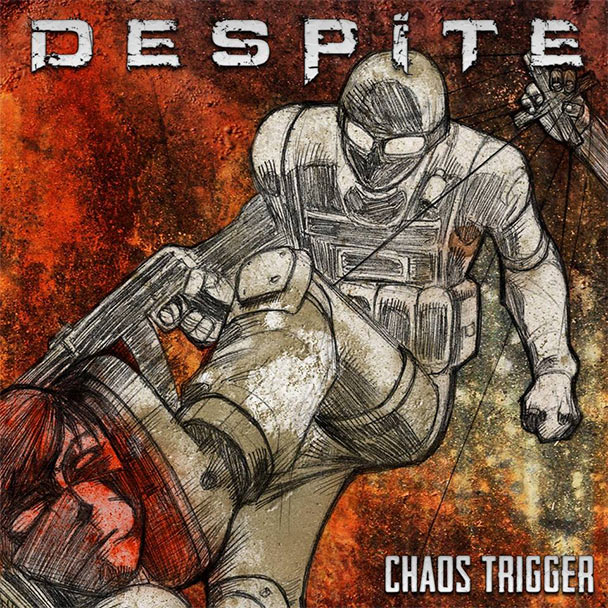 See More: Despite, Melodic Death Metal, Progressive Metal
« HER NAME IN BLOOD – BANDS TO WATCH OUT FOR
NASTY TOASTER START A FIGHT CLUB »