After much teasing and hinting, Born Of Osiris finally look to be in the studio recording their fifth release! Previous hints from members such as this (CLICK HERE) suggest a change in direction from their 2013 album "Tomorrow We Die ∆live" back towards their earlier material. Ultimately, only time will tell but we can tell you this… Drum tracking has officially started in Rochester Hills, Michigan at Metro 37 Recording Studio with Nick Sampson (the producer for their previous effort). You can take a look at the drum set up just below. 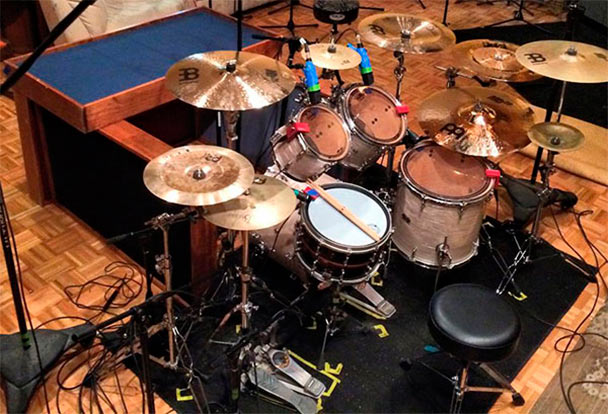 In other news, also keep your eyes open for guitarist Lee McKinney's solo album which is sounding like "Born of Osiris and Animals As Leaders joined forces."

Here's some music while you wait for all of the above.