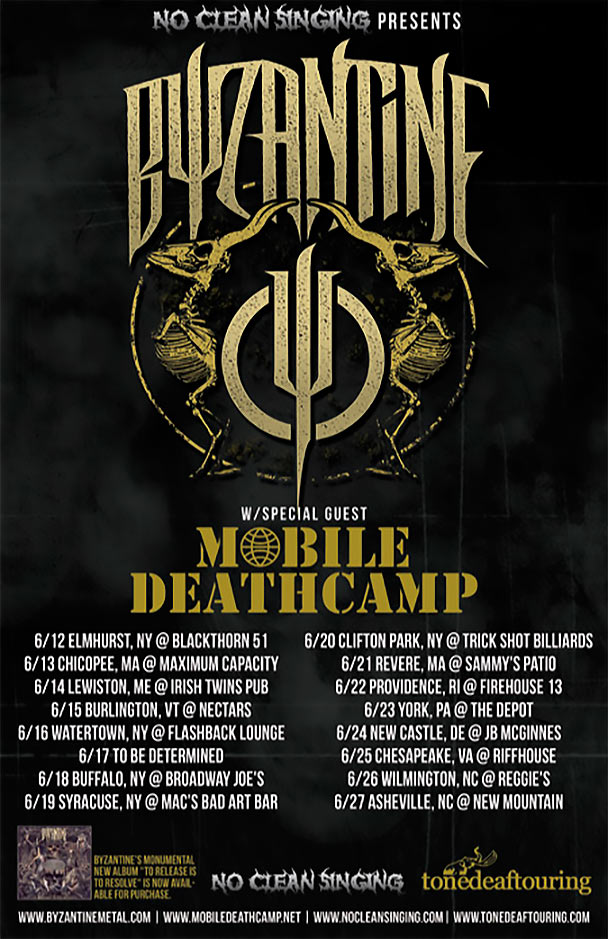 Byzantine has announced plans for a month long U.S. tour with special guests Mobile Deathcamp. The West Virginian titans will be touring in support of To Release Is To Resolve, out now via CEN/RED Distribution. Dates for Byzantines upcoming tour can be seen below.