Periphery guitarist Jake Bowen is officially done with his solo effort. In celebration of this, he just unveiled some further details of what’s to come. It will run at 49 minutes over the course of 10 songs. It also appears to be a self-titled effort but, of course, that’s subject to change. Here’s the image he used to announce the album’s completion. Included was the brief statement, “My album is done, here’s the track list. More details soon!”. 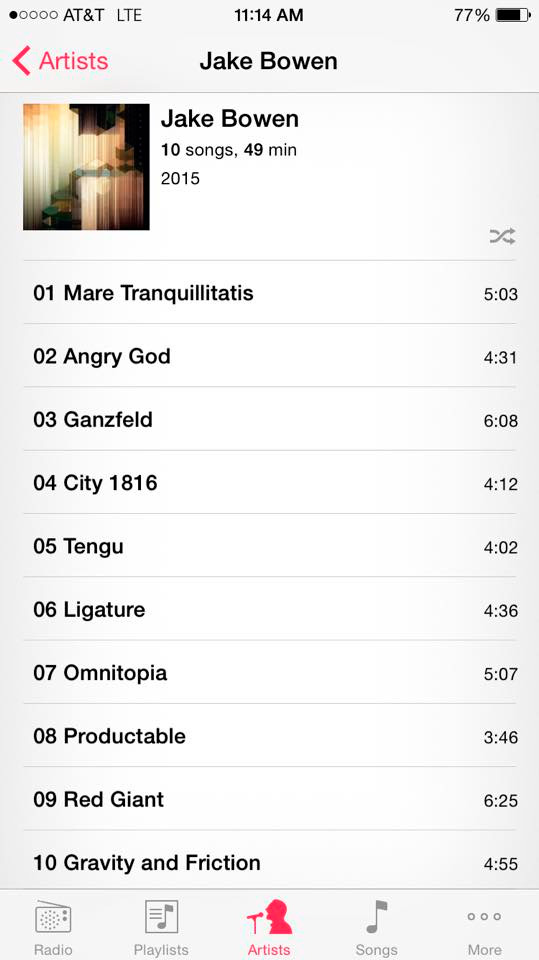 To give you an idea of what’s coming… remember the electronic interludes featured on Periphery albums? Or even what you heard with the track “Epoch” featured on Periphery II? Well, imagine that kind of material extended into a full, 10-track album. Yep, we’re talking about an electronic album, mostly based on ambient and glitch music. Jake was actually responsible for most of the electronic interludes on the Periphery albums. It will be cool to see it translated into a full-length effort of his own.

Here are three tracks that will be included!