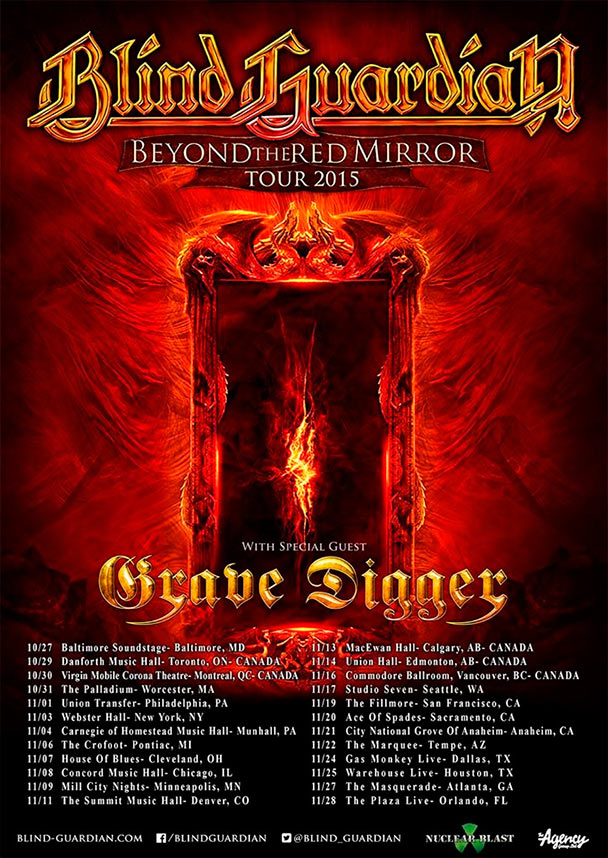 It was recently announced that Blind Guardian would be making their official return to North America this year! They’ll be joined by Grave Digger in this trek from late October through November. You can review the dates up above and the official press release down below.

Triumphantly returning to North American shores in support of their Billboard-charting new album Beyond The Red Mirror, Germany’s favorite sons Blind Guardian are pleased to announce the western hemisphere’s portion of the 2015 World Tour, commencing on October 27th in Baltimore, Maryland and concluding November 28th in Orlando, Florida with special guests Grave Digger.

“Finally, the wait is over! It is almost impossible to tell you how thrilled we are about the announcement of this upcoming North American Tour. Don‘t miss your chance to meet Blind Guardian at our best shape ever. We are coming to blow your minds away. Let the games begin!!!”