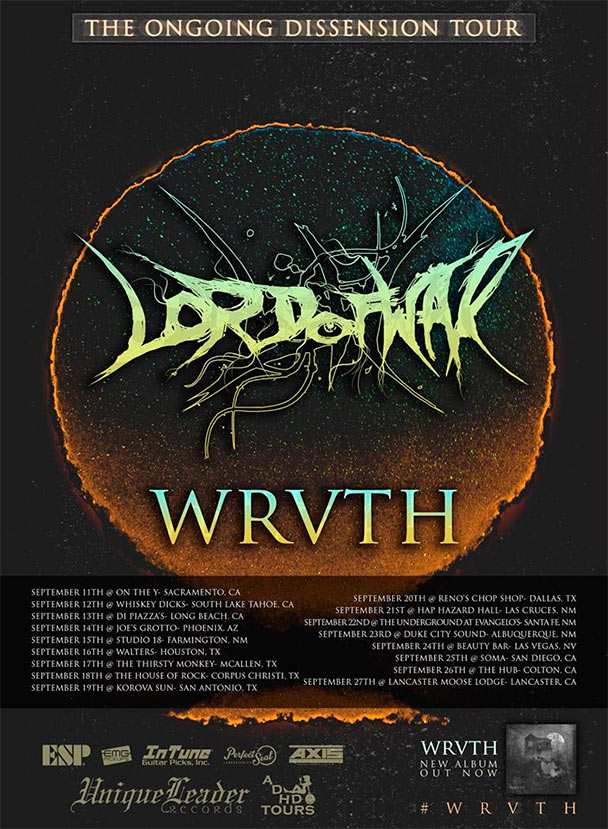 There’s quite a tour that’s about to ravishing the United States west coast and southern states! Lord of War and WRVTH (formerly Wrath of Vesuvius) will be teaming up to do damage to many unsuspecting ear drums. Both of these bands are really something in their own right. So, if you get the chance, these shows are fully worth checking out.

As per usual, you can scope out all the dates on the flyer up above. We’ve provided music from the bands down below. See you in the mosh.